Book Review: Walk on Earth a Stranger by Rae Carson 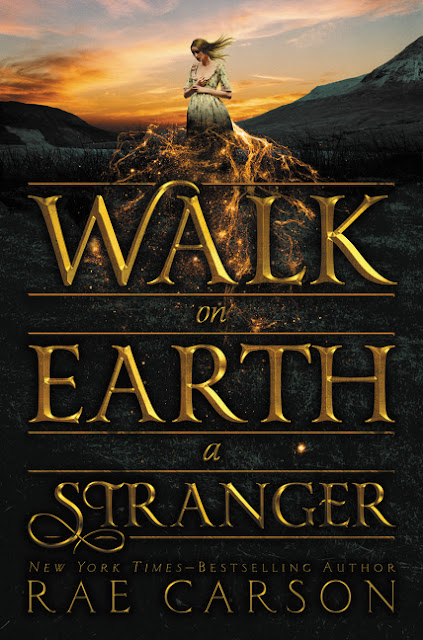 Publication Date: September 22, 2015
Source: Vine
Gold is in my blood, in my breath, even in the flecks in my eyes.
Lee Westfall has a strong, loving family. She has a home she loves and a loyal steed. She has a best friend—who might want to be something more.
She also has a secret.
Lee can sense gold in the world around her. Veins deep in the earth. Small nuggets in a stream. Even gold dust caught underneath a fingernail. She has kept her family safe and able to buy provisions, even through the harshest winters. But what would someone do to control a girl with that kind of power? A person might murder for it.
When everything Lee holds dear is ripped away, she flees west to California—where gold has just been discovered. Perhaps this will be the one place a magical girl can be herself. If she survives the journey.
The acclaimed Rae Carson begins a sweeping new trilogy set in Gold Rush–era America, about a young woman with a powerful and dangerous gift.

I don't usually go in for the pioneer-era or Wild West narrative; however, the fantasy aspect lured me and I knew I would be in good hands as I very much enjoyed The Girl of Fire and Thorns.

Midway across, I freeze.

The gold sense sparks in the back of my throat, sharp and hard. It creeps down my throat and into my chest, where it diffuses into a steady buzz, like dancing locusts. My stomach heaves once, but I swallow against the nausea. We don't have enough food in the cellar for me to go wasting  a meal.

It's only bad like this the first time I'm near something bog. A nugget, usually, but sometimes a large vein. From habit, I close my eyes and focus hard, turning in place to find where the sensation is strongest. If I hit it just right, it will be like a string tugging my chest, like something sucking...

To my surprise, Lee's witching power of gold-divining took a backseat to Carson's impressively accurate account of Gold Rushers. She nailed the historical details in addition to telling a darn good story with a likeable and admirable heroine in Lee.

Told through her eyes, Lee is forced to disguise herself as a boy in order to run away from her dangerous uncle and head to California to make her fortune. Adventures and  misadventures alike, as well as tragedy, keep the story at a fast pace for me – I raced through it in a couple of days. Though the romantic plotline slowly ambles in the background, the story loses none of its compelling readability. Walk on Earth a Stranger is riveting historical fiction!

Rae Carson is the author of the New York Times–bestselling Girl of Fire and Thorns series. Her books tend to contain lots of adventure, magic, and smart girls who make (mostly) smart choices. Originally from California, Rae Carson now lives in Arizona with her husband.
Posted by Madame X at 8:00 AM