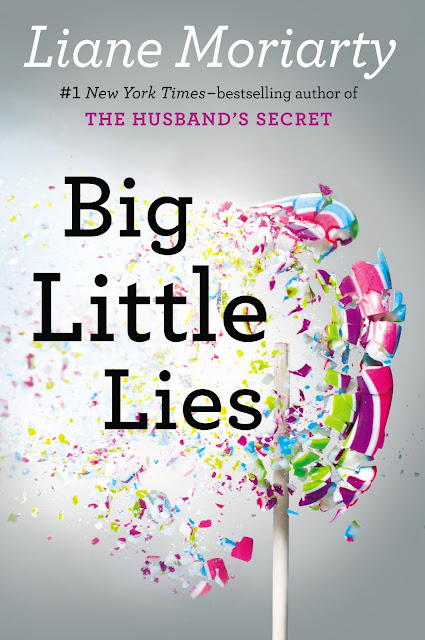 Sometimes it’s the little lies that turn out to be the most lethal. A murder…A tragic accident…Or just parents behaving badly? What’s indisputable is that someone is dead. Madeline is a force to be reckoned with. She’s funny, biting, and passionate; she remembers everything and forgives no one. Celeste is the kind of beautiful woman who makes the world stop and stare but she is paying a price for the illusion of perfection. New to town, single mom Jane is so young that another mother mistakes her for a nanny. She comes with a mysterious past and a sadness beyond her years. These three women are at different crossroads, but they will all wind up in the same shocking place.

As with every Moriarty novel, Big Little Lies starts off with outwardly ordinary situations that somehow suck you right in and have you laughing and nodding your head instantly. Moriarty's skills in turning familiar domestic scenes into something fresh and inviting are impressive. Here it's the political minefield of kindergarten parents (think there aren't any? Think again!) It's like sitting down with a bunch of girlfriends for a cup of coffee. But Moriarty turns these familiar scenes on their heads. Not only does she let us inhabit characters that we would feel closest to, such as the harried mom fretting about turning 40, but also the outsiders and the goddesses, people in real life we would be in awe of or we would think we had nothing in common with.

Moriarty deftly mingles the silly, the hilarious, the mundane, and the very serious/intense scenes. You get the whole range of emotions in her novels. Nothing is ever trite or cliche – but true and heartwarming at the same time. She doesn't shy away from dealing with hard topics, which elevates her novels to the best of women's fiction. Just like her other novels, Big Little Lies is perfect as a book club choice.

As for the mystery aspect of Big Little Lies  Moriarty excels in form. You don't know who is going to die, only that there is a death, until the actual scene. I guessed early on who it was going to be, as it was the one person that was pretty much painted as a villainous figure (Moriarty didn't really flesh this person out too much) and whose demise would be very convenient.
Posted by Madame X at 8:00 AM