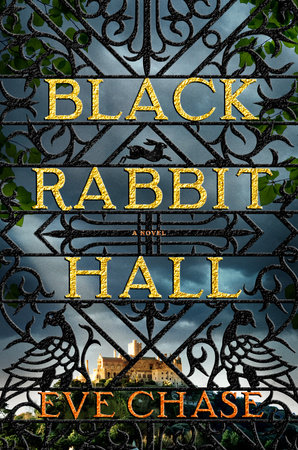 Ghosts are everywhere, not just the ghost of Momma in the woods, but ghosts of us too, what we used to be like in those long summers . . .

Amber Alton knows that the hours pass differently at Black Rabbit Hall, her London family’s country estate, where no two clocks read the same. Summers there are perfect, timeless. Not much ever happens. Until, of course, it does.

More than three decades later, Lorna is determined to be married within the grand, ivy-covered walls of Pencraw Hall, known as Black Rabbit Hall among the locals. But as she’s drawn deeper into the overgrown grounds, half-buried memories of her mother begin to surface and Lorna soon finds herself ensnared within the manor’s labyrinthine history, overcome with an insatiable need for answers about her own past and that of the once-happy family whose memory still haunts the estate.

Stunning and atmospheric, this debut novel is a thrilling spiral into the hearts of two women separated by decades but inescapably linked by the dark and tangled secrets of Black Rabbit Hall.

I’ve pulled all-nighters before when I simply could not put down a good book. But this is a first: After an hour of reading Black Rabbit Hall, I succumbed to weariness, only to wake up a couple hours later, at 1:00 a.m., fighting up from the depths of a good sleep because I was compelled to continue its mesmerizing story.

Black Rabbit Hall cast its spell on me as it begins with the Altons’ idyllic holiday in their country house. Nancy, the beautiful young mother of the Alton children is the beloved heart of this affectionate family. There are the twins, Toby and Amber, then Kitty, and Barney, the baby – all of whom run wild, having adventures in the estate. It is a magical life – until tragedy strikes and their close-knit family begins to unravel.

In stark contrast to its glorious heyday, Black Rabbit Hall is depicted in the present as run-down and haunted by ghosts of the past. Lorna, who remembers visiting Black Rabbit Hall as a child, is determined to have her wedding there, despite its almost ruinous state. Her interest in Black Rabbit Hall verges on obsession as she begins to wonder what happened to the family who once lived there.

I have to say – I thought for sure I knew what the story was building up to, only to be undone by one heartbreaking revelation after another. The fates of the Altons left me reeling. I could not stop thinking about them, even after turning the last page.

Black Rabbit Hall is a stunning debut!
Posted by Madame X at 8:00 AM