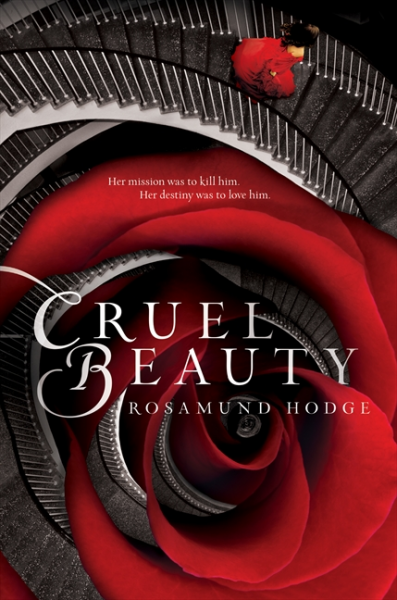 Since birth, Nyx has been betrothed to the evil ruler of her kingdom—all because of a reckless bargain her father struck. And since birth, she has been training to kill him.
Betrayed by her family yet bound to obey, Nyx rails against her fate. Still, on her seventeenth birthday, she abandons everything she's ever known to marry the all-powerful, immortal Ignifex. Her plan? Seduce him, disarm him, and break the nine-hundred-year-old curse he put on her people.
But Ignifex is not what Nyx expected. The strangely charming lord beguiles her, and his castle—a shifting maze of magical rooms—enthralls her. As Nyx searches for a way to free her homeland by uncovering Ignifex's secrets, she finds herself unwillingly drawn to him. But even if she can bring herself to love her sworn enemy, how can she refuse her duty to kill him?
Based on the classic fairy tale Beauty and the Beast, Cruel Beauty is a dazzling love story about our deepest desires and their power to change our destiny.
In Cruel Beauty, Rosamund Hodge incorporates Greek mythology, specifically Persephone and Pandora, with the fairy tales of Beauty and the Beast and Bluebeard, and Celtic folklore, such as Tam Lin and Janet. I’m probably missing more allusions but it doesn’t matter – Hodge is obviously well-versed in the recurring patterns within fairy tales and myths and unites them in one overarching story – that of a girl/woman sacrificed to the some monstrosity to save others.

While there are familiar story strands in Cruel Beauty, there are also many elements which are unique enough to make this retelling very refreshing. Let me just say – thank you for not forcing this novel to end in a cliffhanger, thus stretching it out for a trilogy like so many other YA authors. For that alone, you should be lauded. Furthermore, another YA bane – the dreaded love triangle – gets a smart twist here. For once, it actually made sense to the plot.

The writing is masterful – just the right touch of young adult but Hodge doesn’t dumb it down. The worldbuilding is tremendous and unforgettable. There are layers and meaning to every character, every plot twist, every detail so that rereading will be even more revelatory.

Now for the characters – Nyx is as the title indicates – a dichotomy. She is not the classic Beauty character of goodness, kindness and forgiveness. Raised to be the sacrificial daughter, she is not at all a lamb, but a tigress, full of bitterness and hate. The Gentle Lord is a handsome Beast who appreciates Nyx’s fire and strength of character. Hodge keeps us guessing whether he will reveal his monstrous side or if there is more to his story than meets the eye.

Cruel Beauty is a clever, absorbing, and intelligent debut. I very much look forward to more from Rosamund Hodge.
Posted by Madame X at 8:00 AM