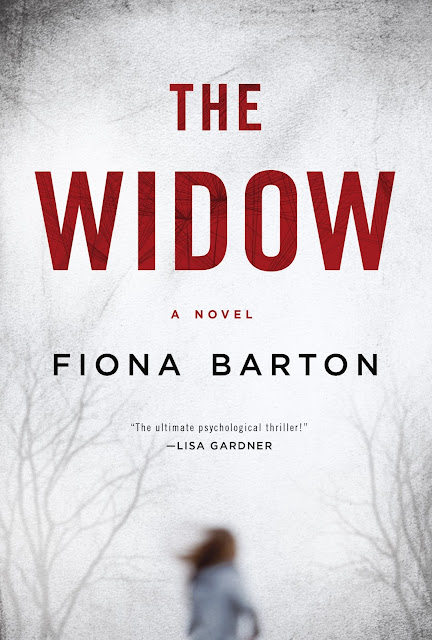 When the police started asking questions, Jean Taylor turned into a different woman. One who enabled her and her husband to carry on, when more bad things began to happen…

But that woman’s husband died last week. And Jean doesn’t have to be her anymore.

There’s a lot Jean hasn’t said over the years about the crime her husband was suspected of committing. She was too busy being the perfect wife, standing by her man while living with the accusing glares and the anonymous harassment.

Now there’s no reason to stay quiet. There are people who want to hear her story. They want to know what it was like living with that man. She can tell them that there were secrets. There always are in a marriage.

The truth—that’s all anyone wants. But the one lesson Jean has learned in the last few years is that she can make people believe anything…

The Widow explores one of the questions that come up when a suspect stands accused of heinous acts in the news: How much did his family know about his crimes? Immediately, as we scrutinize the accused, we so do we scrutinize those around him. They too become suspect.

In The Widow, Jean's husband was the prime suspect of a terrible crime that gripped the nation. Once he is accused, their marriage and lives are never the same again. Her husband and Jean, by association, become infamous, shunned by their neighbors and hounded by the media. Although Glen strenuously claims his innocence to the police and to Jean, the reader knows that nothing is quite as it seems. Even Jean herself.

All I have to do is tell her about my life, she says.

My life? She doesn't really want to know about me. She hasn't walked up my path to hear about Jean Taylor. She wants to know the truth about him. About Glen. My husband.

You see, my husband died last week. Knocked down my a bus just outside Sainsbury's…Not much blood, though. He would've been glad. He didn't like any sort of mess.

Everyone was very kind and trying to stop me from seeing his body, but I couldn't tell them I was glad he was gone. No more of his nonsense.

Just how much did Jean know?  More than she let on to the police and maybe more than she will admit to herself. Though outwardly supportive of her husband and seemingly a naive and simple woman, Jean is hiding much, much more of the story than what the known facts and headlines proclaim.

Besides Jean's point of view, The Widow traverses other perspectives: the lead detective who becomes obsessed with the case and the reporter after the scoop of her career - an interview with Jean.  The author also traverses time, going back and forth from the time of the crime to years later.  Twist after shocking twist becomes exposed as the pieces start falling into place.

I had a hard time putting The Widow down - I had to keep reading to follow all the ways the story twisted. Multiple possibilities churned through my mind of what had actually happened - even up until the final reveal. The Widow is taut, well-constructed thriller.