When I was planning my trip to Cambodia, primarily to see the temples of Angkor Wat, I only had two temples on my list: Angkor Wat itself and Ta Prohm, the two most famous ones. Angkor Wat Archeological Park is vast, with hundreds of temples, so it was at first overwhelming trying to narrow down which of those I would see in the four days I was in Siem Reap. Knowing that the weather was going to be in the mid-to-high 90s, I knew I should not attempt to see everything or even squeeze in as much as possible. I decided early on that I would go to the maximum of 3 temples a day, in the morning, when it was coolest, and take the afternoon off to do other fun and relaxing things, like exploring the town of Siem Reap, swimming in the hotel pool, or shopping for souvenirs, to avoid "temple burnout." 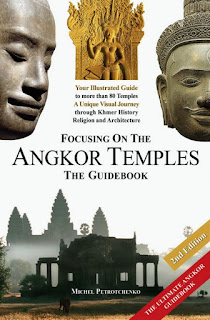 One of the first things I did to prepare for my trip was not only buy the Lonely Planet guide to Cambodia (which appeared to be the only guide book I saw in other tourists' hands) but also a book dedicated just to the Angkor Wat temples, Focusing on the Angkor Temples by Michel Petrotchenko. This guide book, which focuses on more than 80 temples, explains in detail the history of the temples, with full color photos and best of all, tips on when to see each temple and what not to miss. Further, the author had helpful maps which showed which temples were close together.  This helped me immensely in choosing which ones to pick and in what order.

After a bit of research, I identified what characteristics attracted me the most. I wanted to include other temples that had the romantic, overgrown jungle features reminiscent of Ta Prohm and also preferred ones that were not as popular and more on the off-the-beaten path. 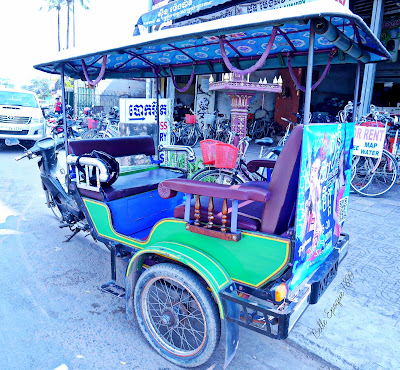 Having decided which temples I wanted to visit, I then booked drivers via e-mail and told them my itinerary. For the days when I wanted to visit temples close together, I hired a tuk-tuk, which is a covered and open-air carriage attached to a motorcycle.  For temples which were further out, I hired a car, which is more expensive than a tuk-tuk but would get me to my destinations faster and in more comfort.

Whichever temples you decide to see, the best advice you can possibly heed, if nothing else, is to see them early in the morning. This strategy avoids two things: crowds and unbearable mid-day heat. Surprisingly, this wasn't a problem for me as I never fully adjusted to the time zone and was up in ungodly hours. By the time 5:30 a.m. or 6:30 a.m. rolled around for my driver to show up, I had already been awake for hours and was raring to go explore.

My instincts about preferring temples half-unearthed from the jungle's embrace and those less visited by the tourist throngs were accurate. But there are some surprises on my top ten list - starting with my favorite one of all: 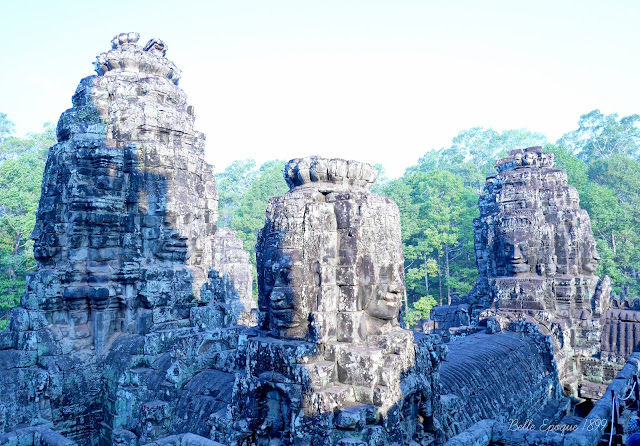 If you had asked me prior to my trip which temple would be my favorite, without hesitation, I would have picked #2, Ta Prohm. However, Bayon utterly wowed me from the inside out. It is equally impressive when viewed from far away and up close. I was fascinated by the enigmatic smiling faces carved on its towers and the dancing apsaras on its columns. 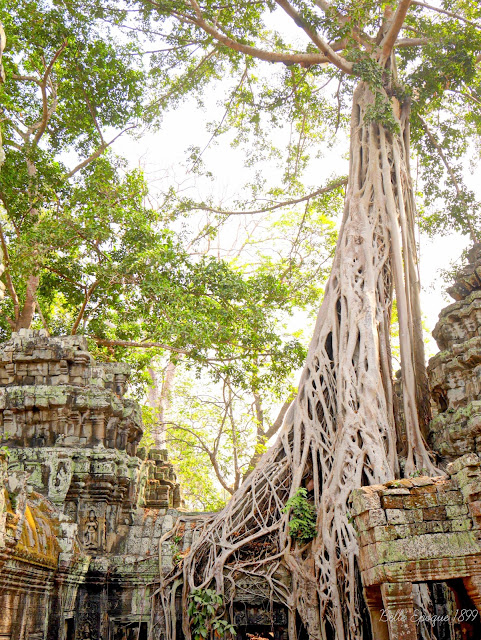 Ta Prohm (featured in Lara Croft, Tomb Raider) comes to a very close second for its eerie giant trees that have pushed up among the stones and arches of this ruin. Every corner I turned, I would gasp in awe and delight. 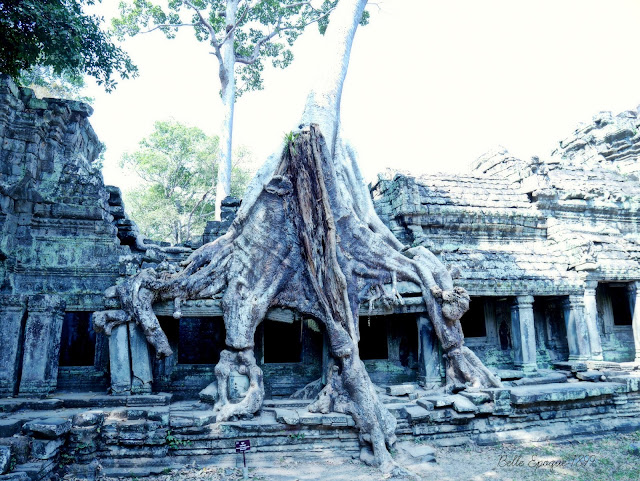 Preah Kahn is very much like Ta Prohm, without the crowds. While it is gaining in popularity, it is possible to wander among its jungle covered grounds in relative peace and quiet. And like Ta Prohm, because it has more trees surrounding it, Preach Kahn is also cooler in temperature. 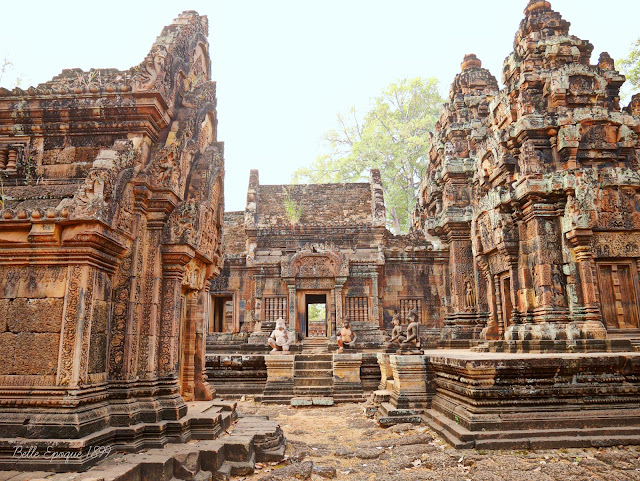 Banteay Srei was one of those temples further out - about 1/2 hour by car. I got there right as it opened and was rewarded with very few other tourists. It is a small pinkish gem of a temple with the most intricate and beautiful carvings of all the temples I had seen. If perfectly preserved stunning carvings is your thing - then you must visit Banteay Srei. 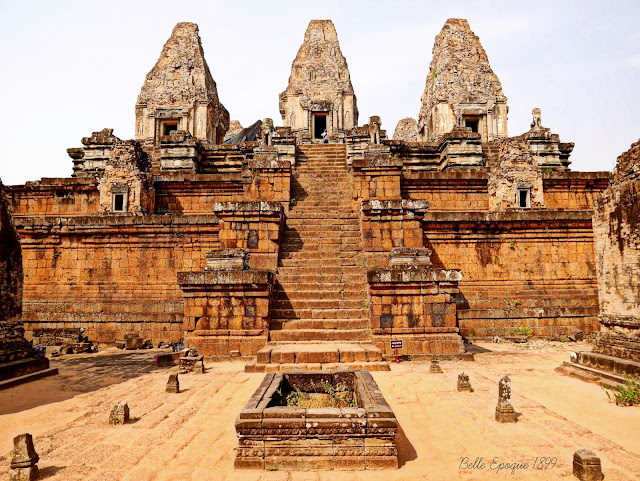 Pre Rup is one of my surprises. We were on our way to another temple when I spotted this from the road. My driver stopped on the way back and it was a quick little visit. Although it looks quite imposing and grand, Pre Rup doesn't take much time to explore. The main attraction for me was climbing up those steep steps and feeling like I was on top of the world once I reached the ascent. 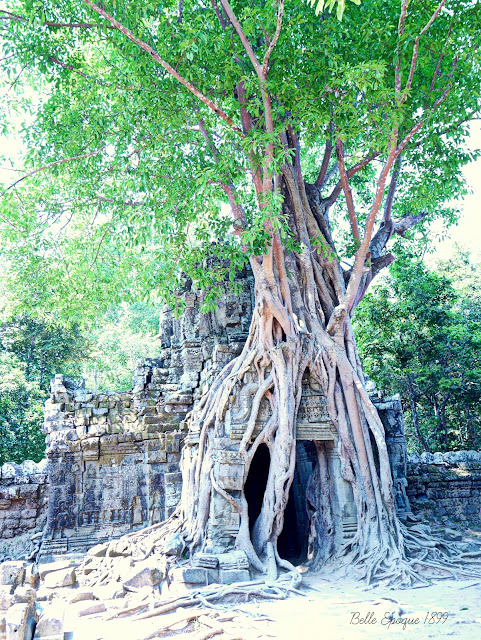 In the vein of Ta Prohm and Preah Kahn, it should be obvious what drew me to Ta Som - another one of my temples deep in the embrace of the jungle around it. 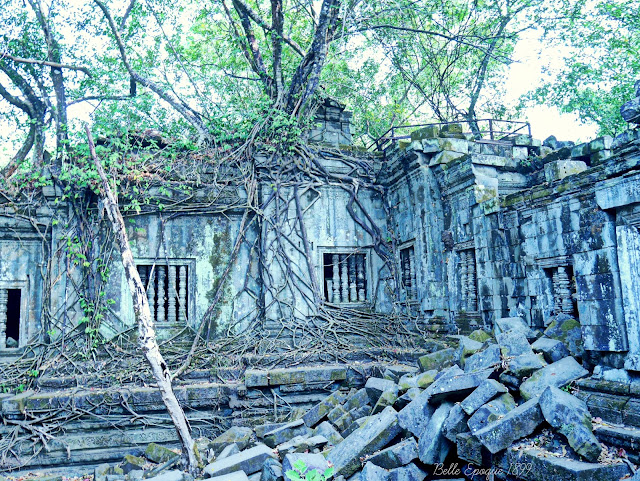 Beng Mealea was the furthest temple on my list, taking about an hour by car to reach - and it was worth it! My driver and I left Siem Reap at 6:30 and got there at 7:30 just when it opened and no other tourists were around. Called the "Indiana Jones Temple" - it was mostly in ruins with piles of stones amidst standing walls entwined with tree roots. A guard motioned for me to follow him, saying, "Lady," and proceeded to lead away from the prescribed route. Nimbly hopping over boulders and through dark passageways, he led me through what I suspect is an unauthorized "field trip." I certainly felt like Indiana Jones as I walked on the edge of a narrow precipice high above a pit, following my self-appointed guide. 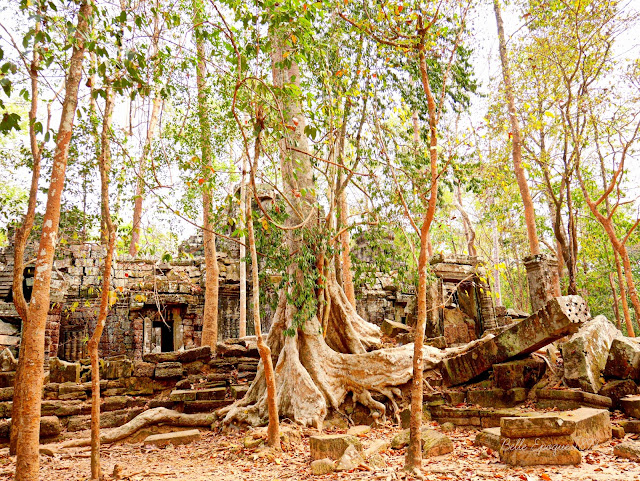 At some point during your "templing" itinerary - you will sicken of the crowds of Angkor Wat and Ta Prohm. Ta Nei is the antidote. Not really remote but it feels like it. I was alone for almost a half-hour, exploring its ruins and it felt like heaven. 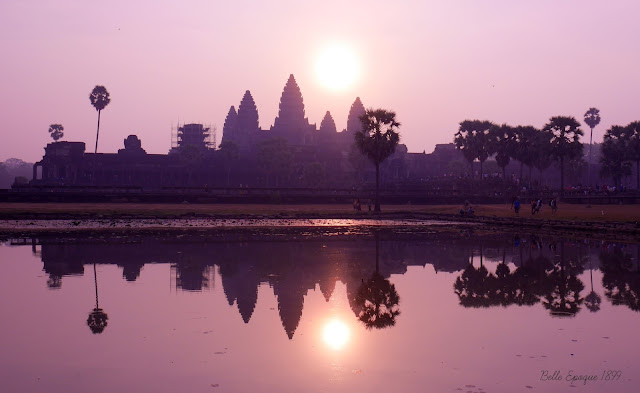 Angkor Wat was the biggest surprise for me, as I would have thought it would end up higher on my list, at least in the top 5. I'm not sure what made me sour on it. Maybe because I waited for hours for this sunrise - along with hundreds of other people - my stomach growling. Maybe because I was expecting something grander and more impressive once I finally got inside?  Aside from the spectacle of sunrise, my best reaction was one of, "Meh."