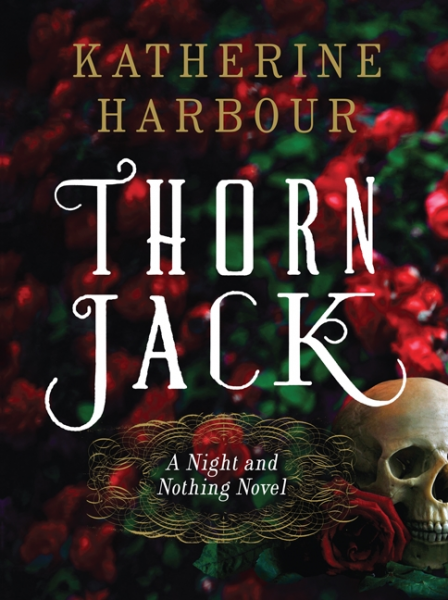 Combining the sorcery of The Night Circus with the malefic suspense of A Secret History, Thorn Jack is a spectacular, modern retelling of the ancient Scottish ballad, Tam Lin—a beguiling fusion of love, fantasy, and myth that echoes the imaginative artistry of the works of Neil Gaiman, Cassandra Clare, and Melissa Marr.

In the wake of her older sister’s suicide, Finn Sullivan and her father move to a quaint town in upstate New York. Populated with socialites, hippies, and dramatic artists, every corner of this new place holds bright possibilities—and dark enigmas, including the devastatingly attractive Jack Fata, scion of one of the town’s most powerful families.

As she begins to settle in, Finn discovers that beneath its pretty, placid surface, the town and its denizens—especially the Fata family—wield an irresistible charm and dangerous power, a tempting and terrifying blend of good and evil, magic and mystery, that holds dangerous consequences for an innocent and curious girl like Finn.
To free herself and save her beloved Jack, Finn must confront the fearsome Fata family . . . a battle that will lead to shocking secrets about her sister’s death.

Tam Lin happens to be one of my favorite folk tales and I have been lucky to read some wonderful retellings such as Fire and Hemlock and Pamela Dean's eponymous novel, which has a similar academic setting as this one. For some reason, the marketing department decided to throw in "The Night Circus" comparison in the mix, which I think is utter misrepresentation. The similarity is very thin in that both books have magic.

Barbour's writing is engaging and lyrical. Thorn Jack is full of striking or sinister images that jump off the page. The plot is elaborate, full of cool scenes revolving around a series of otherworldly parties/balls thrown by the fey Fatas (perhaps that's The Night Circus popping up?).

Besides the original source material, Harbour infuses the narrative with myriad references to Shakespeare, Celtic Mythology, Keats, and other literary allusions. If you're an English lit nerd, you will probably love picking all of these out. I say probably because I am an English lit major and I found the references to be a bit much at times and slowed the action for me. What I would have liked more of, however, were the intriguing excerpts from Lily Rose's diary. A separate publication of the entire diary would be a fantastic accompaniment to the series.

Another aspect that made me confused was the large cast of characters, many of them so similar as to be duplicative. I suppose they'll show up again in the subsequent books and that's why they were in this one.

Finally, despite the multitude of literary references, I got a strong young adult,Twilight-esque vibe as Finn becomes obsessed with Jack, the mysterious, dangerous boy who's hundreds of years old and tells her repeatedly to stay away from him when he's not popping up pretty much everywhere she goes. I was not convinced of why he falls in love with her (because something's "different" about her from all the other human girls he's been with in the past 2oo years).

I would categorize Thorn Jack as a sophisticated New Adult paranormal fantasy.
Posted by Madame X at 8:00 AM