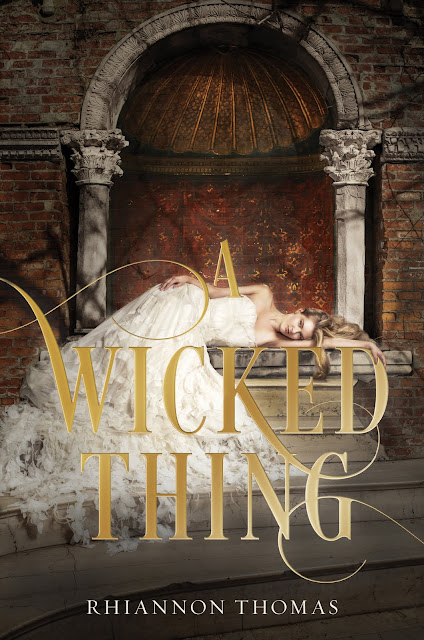 A spinning wheel. A prick of a finger. A terrible curse.

One hundred years after falling asleep, Princess Aurora wakes up to the kiss of a handsome prince and a broken kingdom that has been dreaming of her return. All the books say that she should be living happily ever after. But as Aurora understands all too well, the truth is nothing like the fairytale.

Her family is long dead. Her “true love” is a kind stranger. And her whole life has been planned out by political foes while she slept. Everyone expects Aurora to marry her betrothed and restore magic and peace to the kingdom before revolution tears it apart. But after a lifetime spent locked in a tower for her own safety, Aurora longs for the freedom to make her own choices. When she meets a handsome rebel, he tempts her to abandon everything for a different kind of life.

As Aurora struggles to make sense of her new world, she begins to fear that the curse has left its mark on her, a fiery and dangerous thing that might be as wicked as the witch who once ensnared her.
With her wedding day drawing near, Aurora must make the ultimate decision on how to save her kingdom: marry the prince or run.

I was in the mood for a fairy tale retelling and impulsively clicked "order" on this pretty cover. When I read the first chapter, I felt disappointed, thinking this was going to be another predictable tale. I set it aside for 2 weeks and then returned. I read the rest in one night - utterly enchanted.

A Wicked Thing is a subtle, feminist reworking of the Sleeping Beauty tale - what happens after she awakes. Thomas's version is multi-layered and sophisticated. She ties Aurora's 100-year sleep and subsequent reawakening to the lack of magic in the land and its hope-for return and then again to Aurora's own progression from naive, fairy tale-reading, sheltered girl to a young woman trying to find her own voice and strength. Characters that seem villainous at the outset are fleshed out with humanity and realism. Thomas's confident writing steers the story away from predictable paths and ultimately into an ending that was unexpected and begs for more. The ending is really why I didn't give my review a full five stars. I was expecting explosions but instead turned the last page with too many questions for satisfaction.
Posted by Madame X at 8:00 AM