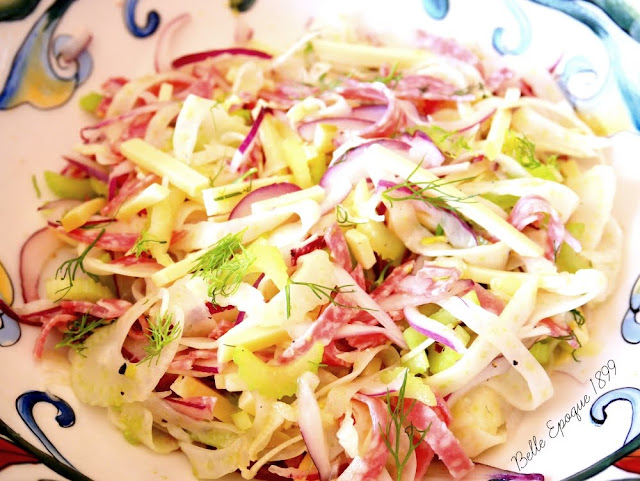 This salad is light and hearty at the same time and makes a meal by itself. I eat this for a good lunch and actually can last until the next day if you have leftovers, just make sure to drain any liquid at the bottom before storing away.

1. In a large bowl, combine the fennel (but not the fronds), celery, red onion, salami, and cheese.
2. Drizzle with the lemon juice and olive oil, and season with the salt and some pepper. Toss well to coat all of the ingredients with the dressing. Sprinkle with the chopped fennel fronds and toss lightly. Let sit about 10 minutes before serving, to combine the flavor.
Posted by Madame X at 8:00 AM