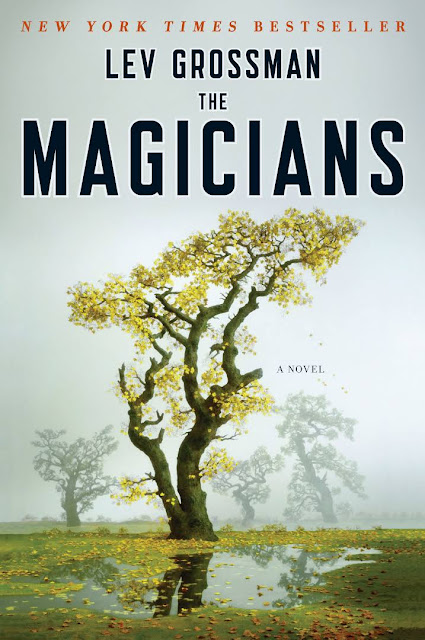 Quentin Coldwater is a high school senior, but he’s still secretly obsessed with a series of fantasy novels he read when he was little, about the adventures of five children in a magical land called Fillory. Compared to that, everything in his real life just seems gray and colorless. That changes when Quentin finds himself admitted to a very secret, very exclusive college of magic in upstate New York, where he receives a thorough and rigorous education in the practice of modern sorcery.

But magic doesn’t bring Quentin the happiness and adventure and meaning he thought it would—until he and his friends make a stunning discovery: Fillory is real.


The Humbling of a Reader, Part II

I eagerly snatched up The Magicians when it first came out, utterly thrilled by the prospect of “Harry Potter for grownups.”  As with my experience with The Paper Magician by Charlie N. Holmberg – I could not get into the book.   I can still point specifically to the reason why: Quentin, the main character from whose point of view the story unfolds.  Initially, I found him to be too whiny and smug. I only tolerate unlikeable protagonists when its assigned reading. So not wasting any more time, I shunted it to the “tried it and didn’t like it” pile.

Here’s the twist.  Fast forward to this January, when SyFy premiered with their superb adaptation of the series.  I only intended to watch the first episode out of boredom and – you guessed it – ended up hooked, with each episode better than the last. I was raving about it so much that I got my brother and sister into it as well. Startled and stunned by the last cliffhanger of an episode, I texted my brother, “Maybe I should read the books,” and then “That is a bizarre statement coming from me.” Indeed, for someone who prides herself on reading the book first before watching the movie.

So I returned to The Magicians, albeit bracing myself for again disliking Quentin. Did time soften my impression of him? No. He was still whiny and super-smug but this time I somehow got past it. Yes, it is Harry Potter and Narnia rolled into one .  Grossman basically took the familiar childhood fantasy tropes and turned them on their ears. Quentin is a neurotic, even cowardly Harry Potter and Fillory is a very twisted Narnia.  There’s darkness and death (one which slayed me) and pettiness.  Most of the gang of magicians seem like superior college kids at school I used to despise.  Grossman obviously knows his material(s) inside and out, reveres them and yet doesn’t shy away from toppling his idols.

The book had what the t.v. series was missing, voiced by my brother, who wished that there was more of the study of magic.  Here it is more scientific and involves the rigorous drudgery of study.  Less fairy-like, shimmering enchantment, more charts and memorization. Despite this, Grossman still makes the magical worlds of Brakebills and Fillory just as wonder-inducing.

“Talent was part of it – that silent invisible exertion he felt in his chest every time a spell came out right.  But there was also work, hard work, mountains of it.  Every spell had to be adjusted and modified in a hundred ways according to the prevailing Circumstances – they adorned the word with a capital at Brakebills-under which it was cast.  These Circumstances could be just about anything: magic was a complicated, fiddly instrument that had to be calibrated precisely to the context in which it operated.  Quentin had committed to memory dozens of pages of closely printed charts and diagrams spelling out the Major Circumstances and how they affected any given enchantment.”

I am happy I came back to this series, and although it isn’t perfect, I have no problem picking up the following books in the trilogy.
Posted by Madame X at 8:00 AM