If there was any doubt of my bookgeekery - the fact that I organized my entire trip to the United Kingdom around books should banish said doubt. In fact the initial reason for my trip was a literary one.  Of course England is the setting of my favorite novels.  I immediately think of Dickens, Austen, and Harry Potter.  Like many a bookworm, I already feel like I've lived in England through the many books I've devoured over the years. But no other novel conjures London for me as much as Neverwhere by Neil Gaiman.

If you haven't ever had the pleasure of diving into this wicked tale of an ordinary bloke suddenly being plunged into the dark and fantastical London Below, Alice-in-Wonderland-like - then get it, stat! Only Gaiman could have conceived this novel, so brilliant and scary and wondrous yet at the same time so fitting that the reader thinks - why hasn't anyone else written this before?

"Young man," he said, "understand this: there are two Londons. There's London Above- that's where you lived-and then there's London Below - the Underside-inhabited by the people who fell through the cracks in the world."

Richard Mayhew has been living in London for three years when a kind gesture to an injured homeless girl leads him to discover the terrifying and magical world that exists beneath London streets, a world called London Below which ordinary people do not know exist.  Richard discovers that the mundane details of life in London Above actually have extraordinary meaning in London Below.

If you live in London or have visited London, the clever ways which Gaiman uses ubiquitous facets of London life to fashion London Below will delight and astonish you.

It was a city in which the very old and the awkwardly new jostled each other, not uncomfortable, but without respect; a city of shops and offices and restaurants and homes, of parks and churches, of ignored monuments and remarkable unpalatial palaces... a noisy, dirty, cheerful, troubled city ... When he had first arrived, he had found London huge, odd, fundamentally incomprehensible, with only the Tube map, that elegant multicolored topographical display of underground railway lines and stations, giving it any semblance of order.  Gradually he realized that the Tube map was a handy fiction that made life easier, but bore no resemblance to the reality of the shape of the city above...

Most of the story revolves around the subway system or the Tube as it is called in London. It's as if one day Gaiman was riding the Tube and started wondering about the meaning behind the names of Tube stops then decided to create a fantasy based on them. Not only is most of the story set in the subway and other unlikely locations in London, but characters as well.

For instance in London Below, there really is a an earl holding court at Earl's Court. There actually are Seven Sisters. There is a bridge (Night's Bridge) at Knightsbridge which is the setting for a very dangerous scene, all the more startling because Knightsbridge is a posh area in real life.  And a major character is an actual Angel.

So of course when I was planning my trip to London, I HAD to visit as many of the places mentioned in the book. I couldn't visit them all but here is the bulk of them.
The train slowed and stopped.  The car that had pulled up in front of Richard was quite empty; its lights were turned off, it was bleak and empty and dark.  From time to time, Richard had noticed cars like this one, locked and shadowy on Tube trains and he had wondered what purpose they served.  The other doors on the train hissed open, and passengers go on and got off. The doors of the darkened car remained closed... Richard was just wondering if the train would now pull out without them on it, when the door of the dark car was pushed open from the inside ... Through the opening, Richard could see flames burning, and smoke inside the car.  Through the glass in the doors however, he still saw a dark and empty carriage. 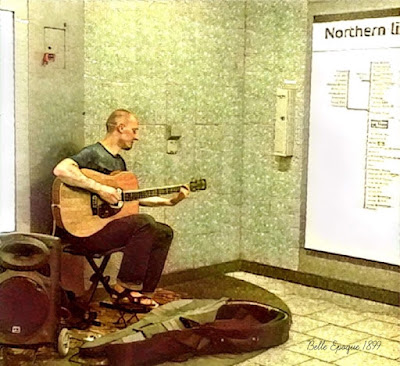 Buskers and the homeless, those people that most hurry past and do not give a second glance to are prominently featured in London Below. In fact, London Below is peopled by the invisible ones, those who have fallen through the cracks in society. 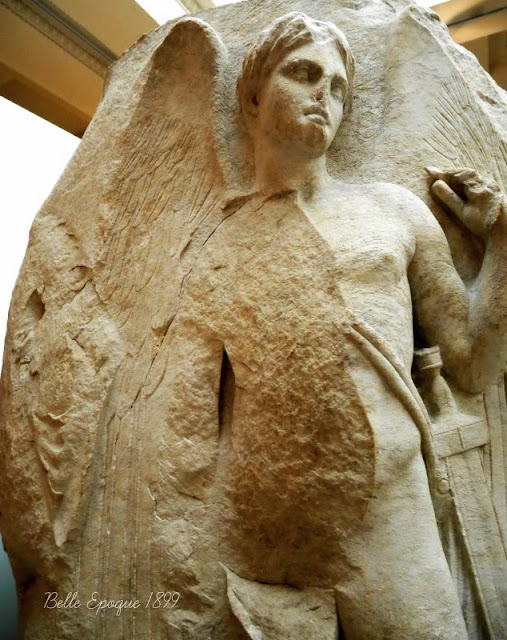 "This just says it's got a picture of an angel on it. But it can't be that hard to find.  After all," she added hopefully, "how many things with angels on them are there here?" 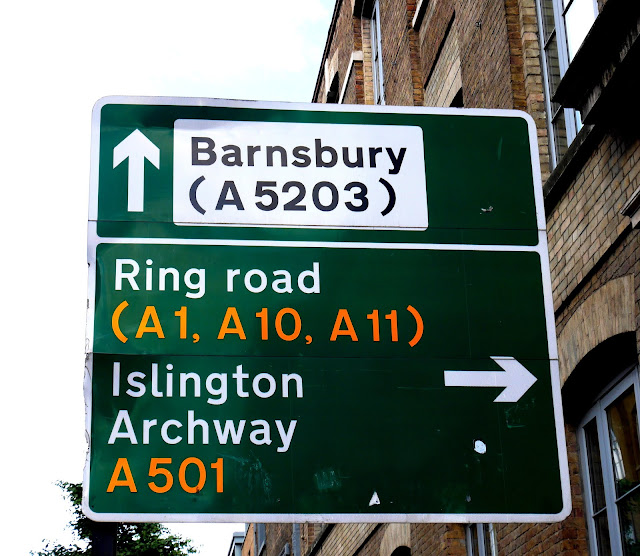 "It's a long story," she said, solemnly. "Right now we're looking for an angel named Islington." It was then that Richard began to laugh.
If nothing else, Neverwhere inspires one to look behind the surface, to take a second glance at those things or people that we take for granted. Behind, or below, the ordinary just might lie a most extraordinary world...
Posted by Madame X at 8:00 AM