Unquestionably, the Opera Garnier is the most famous opera house in the world (and in my opinion, the most beautiful), primarily owing to the popularity of The Phantom of the Opera by Gaston Leroux and the musical by Andrew Lloyd Webber.  (There is a lagoon below the opera house but it looks quite dreadful.)

Finished in 1875, it was designed by Charles Garnier, who famously appeased the Empress Eugenie by stating that the style of the opera house was "Emperor Napoleon III", after her husband.

Everything from grand marble entrance to the foyer reminiscent of Versailles's Hall of Mirrors to the wine and gold theater itself speaks of opulence and a grand, bygone era. If going, make sure to book a tour as it is the only way one can go inside the actual theater (other than see a ballet performance).  No visit is complete without it because among all of the Opera Garnier's countless wow features, the theater ceiling is the highlight, a stunning painting by Marc Chagall.  Be sure to inquire at the desk if there are rehearsals of performances going on, it will be blacked out and the beautiful ceiling will be darkened.

Such was the case during my first trip and alas, my second as well. I resigned myself to not ever seeing the famous painted ceiling and begrudgingly trudged in with my tour group into the darkened theater to see a ballet rehearsal. However, five minutes later, the ballet dancers decided to break for lunch and suddenly the lights came on. You never saw someone happier or faster with her camera than I that afternoon, drinking in all the colors of painting above me.

As a footnote, while I was preparing this blog post, I was also in the midst of re-reading Sunshine by Robin McKinley when something clicked and I looked closely at the jacket cover. After scrolling through my pictures, my sense of deja vu was explained. The book's cover was a photograph of a ceiling alcove of the opera house leading to its library. 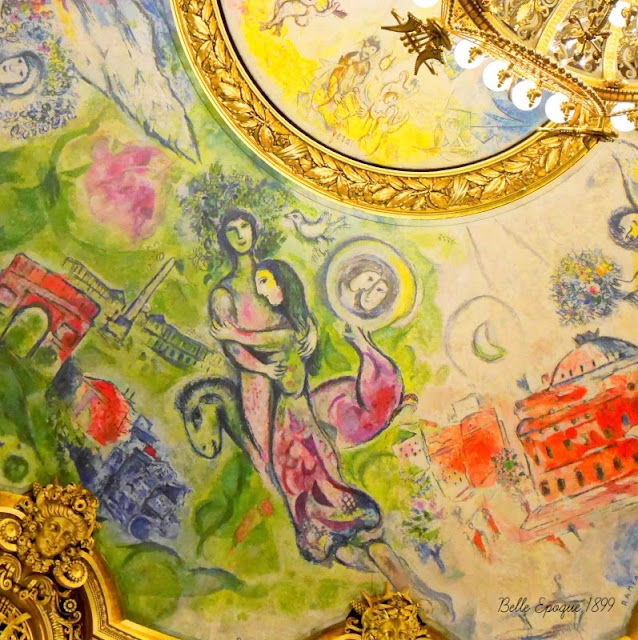 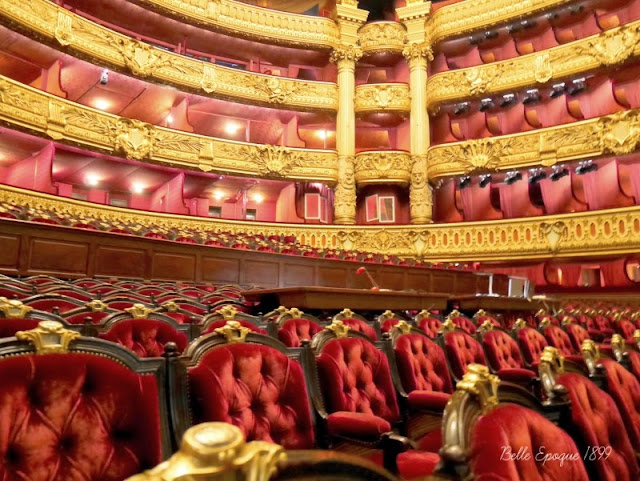 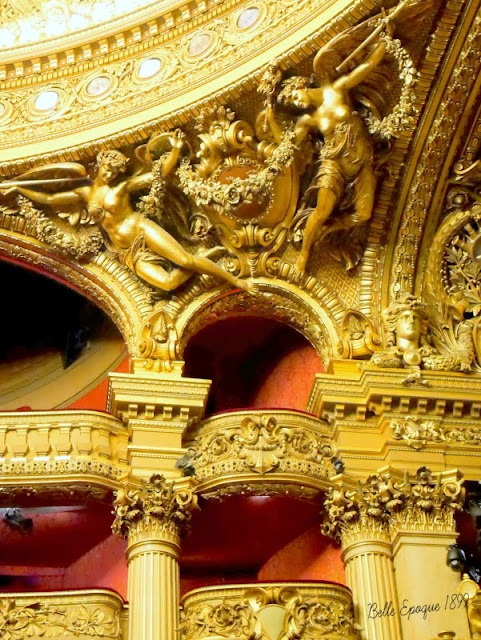