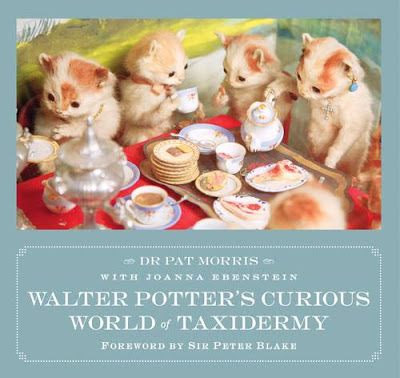 Walter Potter (1835-1918), a country taxidermist of no great expertise, became famous as an icon of Victorian whimsy. His tiny museum in Bramber, Sussex, was crammed full of multi-legged kittens, two-headed lambs and a bewildering assortment of curios.

Closed in the '70s, the museum was variously re-established before being auctioned off in 2003. It was reported that a £1M bid by Damien Hirst to keep the collection intact was refused, but in 2010 many of Potter's key pieces were exhibited by the artist Sir Peter Blake at London's 'Museum of Everything', attracting over 30,000 visitors in 6 weeks. The subsequent dispersal of Potter's works has meant the loss of a truly unique Victorian legacy. Here, perhaps for the last time, the collection is preserved and celebrated with new photographs of Potter's best-loved works.

In the afterword of The Taxidermist's Daughter by Kate Mosse, she writes that she became fascinated with taxidermy when she had visited as a child a strange little museum in Bramber, Sussex, which featured anthropomorphic tableaus of stuffed animals.  A quick Google search and I too became curious about Walter Potter’s museum, which alas, is no longer. The entire collection has been auctioned off to separate buyers, unlikely ever to be shown together again – were it not for this book.

The book offers close-up photos from multiple angles and background details of these bizarre and amazing tableaus, some of which are out of Victorian nursery rhymes and stories, others just scenes from Potter’s imagination.  They range from cute to funny to outright bizarre.  Clearly, Potter lavished many hours of painstaking detail on these works.  Of note, however, is the fact that some of the animals used died of natural causes – but others, especially those using many kittens and rabbits probably did not. 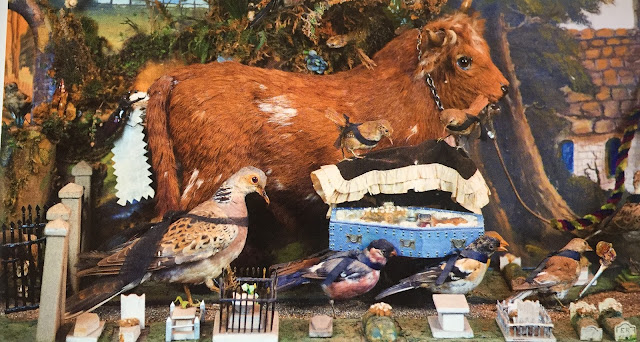 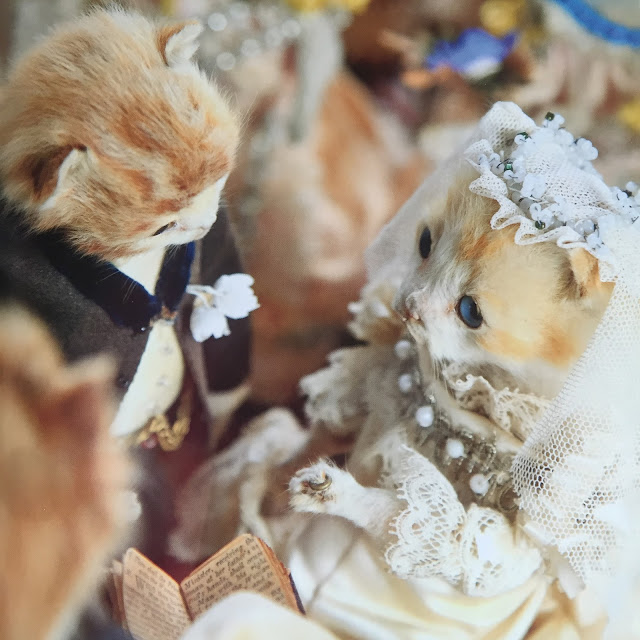 A section of The Kittens' Wedding 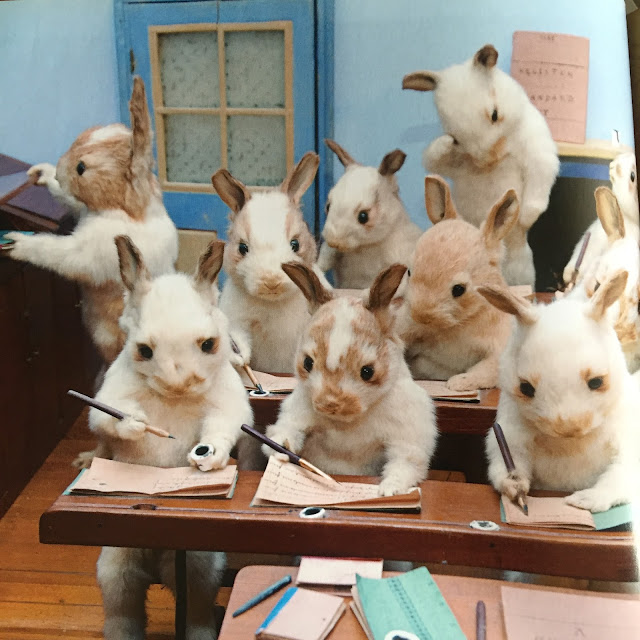 Rabbits' Village School
Posted by Madame X at 8:00 AM