Walking the gothic, cobblestoned streets of Edinburgh, one could easily imagine a young Scottish woman years ago, with her full of ideas about a boy wizard. Back then, J.K. Rowling was a single mother on welfare, so the story goes, and she would duck into her favorite cafes to write for hours while her baby daughter slept in her pram. 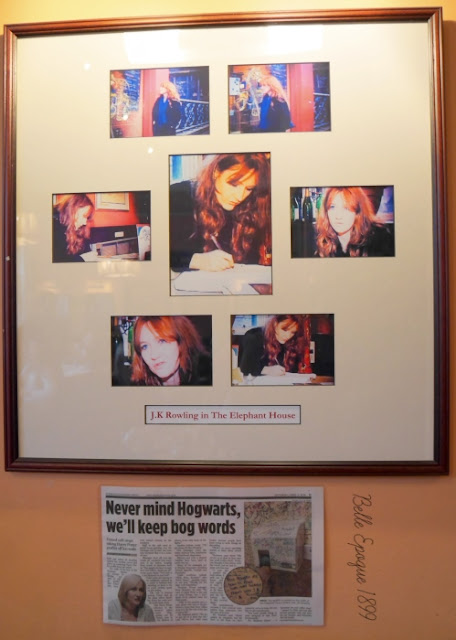 One of those cafes is The Elephant House, which, as you can see from the above picture, isn't shy about its role in history, billing itself as "the birthplace of Harry Potter." Rumor has it that J. K. Rowling would sit in a table in the back by the large window with a picturesque view of Edinburgh Castle.

As its name implies, the cafe is full of elephants - wooden elephants, elephant pictures, even elephant chairs.  Order a cup of coffee and a slice of cake, snag a table by the window and pretend to be a penniless writer brimming with fantasy stories... 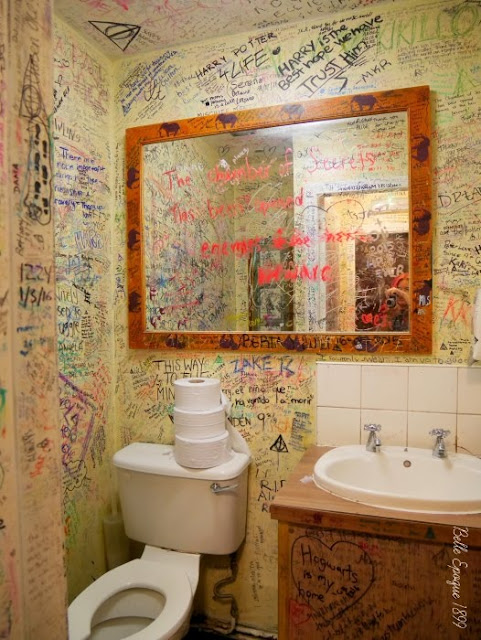 Bring a Sharpie so that you can leave your Harry Potter graffiti in the bathroom.
Exiting the cafe, turn right and walk down to Candlemaker Row, marked at the corner by a statue of a dog called Greyfriars Bobby. Across the street is the wrought iron gate to Greyfriars Kirkyard, a very old, atmospheric cemetery J.K. Rowling used to visit as she pushed her baby daughter's pram.  Perhaps she was inspired to create some characters by those interred here with rather familiar names.
None other than Lord Voldemort is buried in Greyfriars Kirkyard - one born Thomas Riddell aka Tom Riddle. 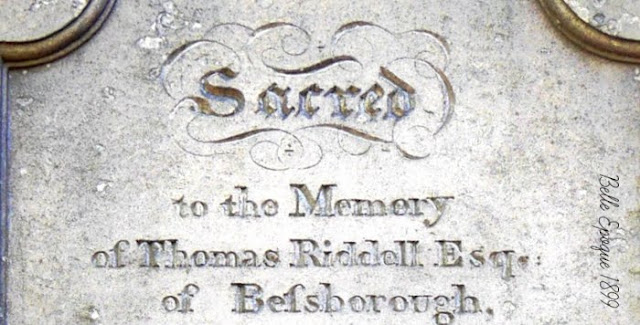 Near Thomas Riddell's grave is Professor McGonagall's namesake, the poet William McGonagall.
Adjacent to the grave of William McGonagall is a gate which leads to the George Heriot School. Apparently, its turrets and gothic architecture may have inspired Hogwarts. 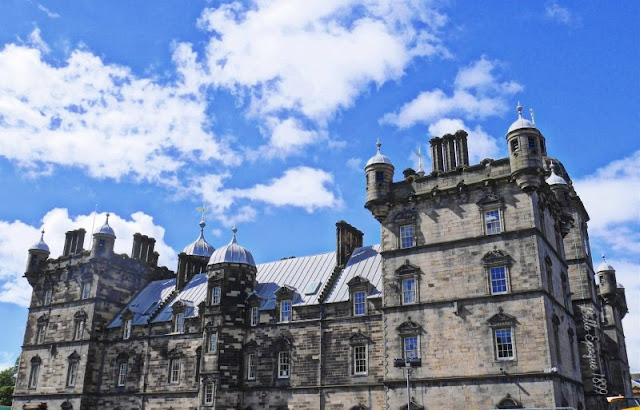 Finally, walking back out to Candlemaker Row and onto George IV Bridge, in another 10 minutes one comes across a curiously named street - Potterrow - perhaps the origin of the most famous boy wizard's humble name. 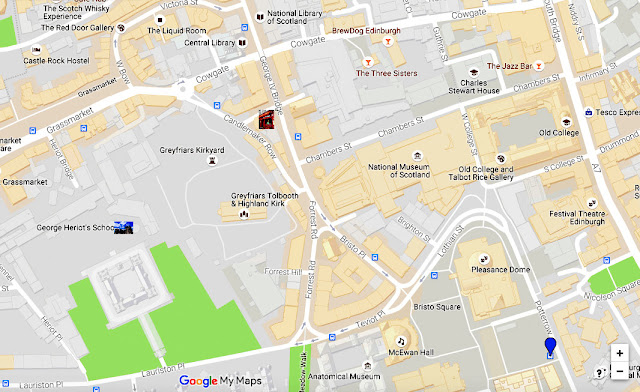 You can do the Harry Potter walking tour yourself at your convenience or you can catch the Potter Trail tour, which is free, and mingle with other Potter Heads.

Harry Potter and the Cursed Child

The Mysterious Book Sculptures of Edinburgh
Posted by Madame X at 8:00 AM