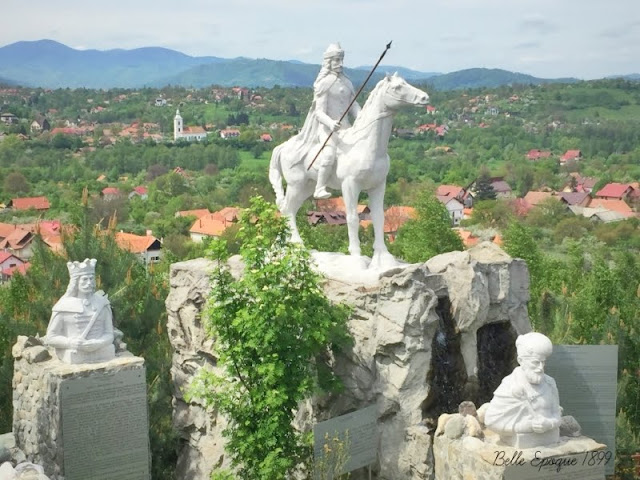 One thing is immediately apparent upon traveling anywhere in Transylvania, or Romania for that matter - Dracula is big. As one native Transylvanian told me, Dracula is considered to be a national hero.  Consider the collection of statues above, featuring Romanian historical figures of note. Dracula rises proudly above all others.
The fictional Dracula of Bram Stoker's novel is based upon the historical figure of Vlad Tepes, which translates to Vlad the Impaler. This ruler of Wallachia earned his bloodthirsty and terrifying reputation by leaving prisoners impaled on stakes in his wake.  As his father belonged to the Order of the Dragon, hence he was "Dracul" (meaning dragon).

As one travels through the Carpathian mountains or the lush, green countryside, it is easy to imagine Transylvania as it was in Dracula's time. But you don't have to just imagine - you can also visit real-life places connected to the horror legend.

Although he lived in the 1400s, the house in which Vlad Tepes was born is still standing. The picturesque town of Sighișoara is worthy of a day trip, with some charming non-Dracula related sites, such as a clock tower.

But its star attraction is undeniably Vlad Tepes's childhood home, now a restaurant but the second floor, where he was born, is open for visits (for a small fee). 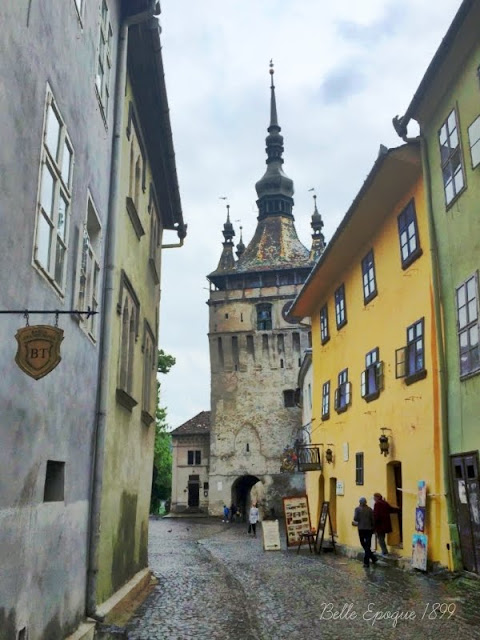 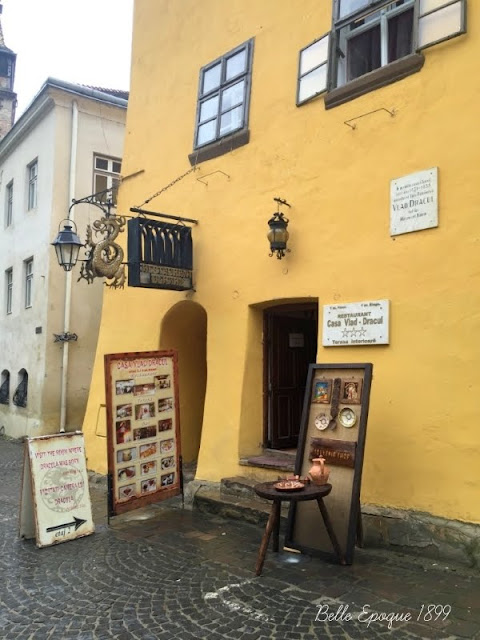 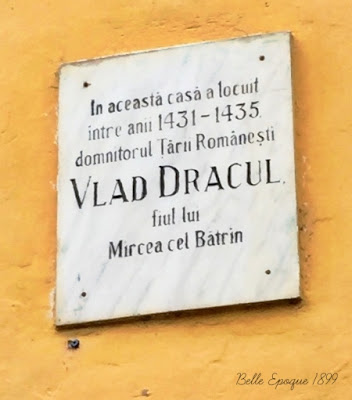 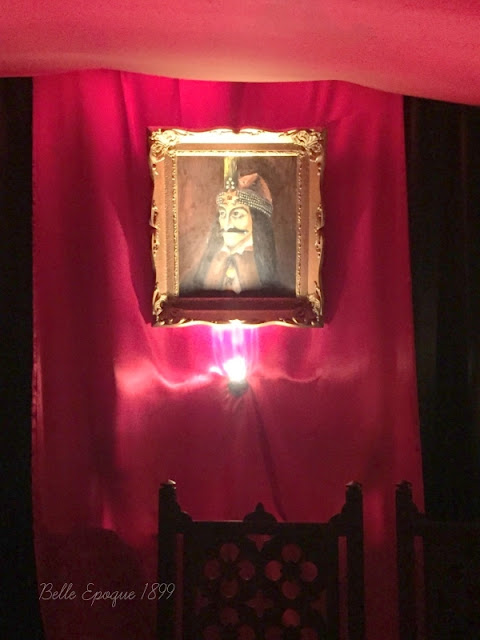 In the center square of Sighișoara is a bust dedicated to its most famous son. 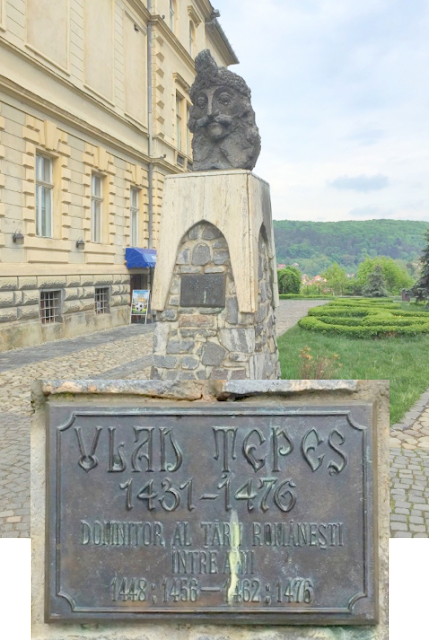 In the village of Bran is a stronghold dubbed "Dracula's Castle."  While there is no proof that Vlad Tepes ever stayed here, let alone stepped foot inside it, tourists still flock to Bran Castle convinced that it is connected to his legend.

Many years after Bram Stoker's novel was published, some diehard fans went to Transylvania and found that Bran Castle fit the descriptive passages he wrote. Thus, it quickly became a favorite pilgrimage site for tourists, even to this day. 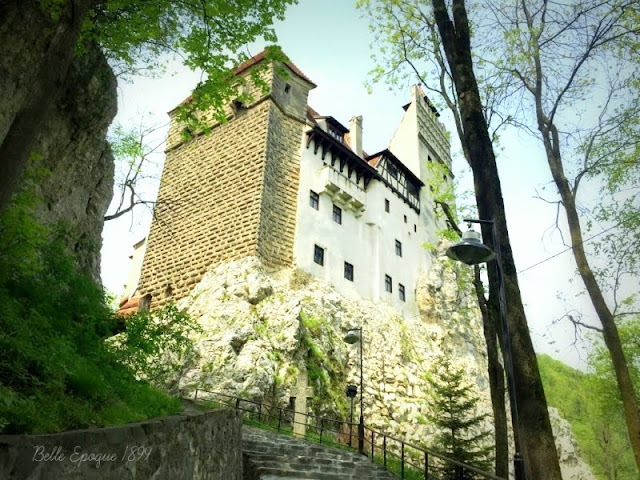 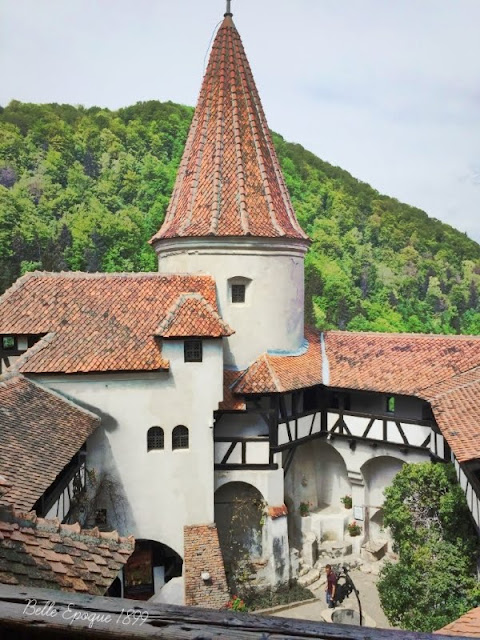 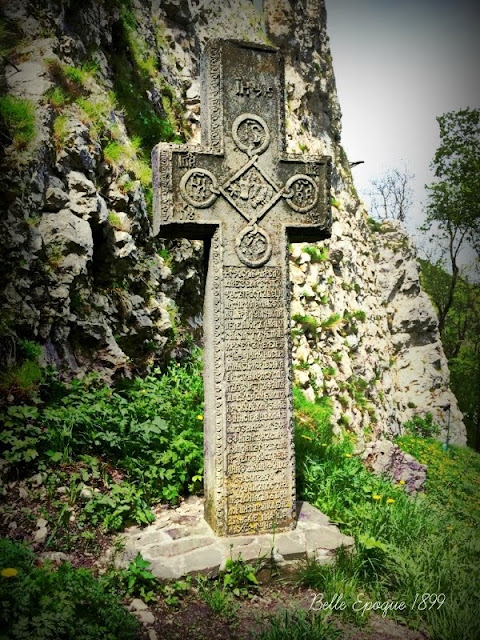 Although the castle was actually inhabited by Wallachian royalty, many of the rooms are dedicated to Vlad Tepes, his likenesses, history and even exhibits of Dracula films throughout the ages. 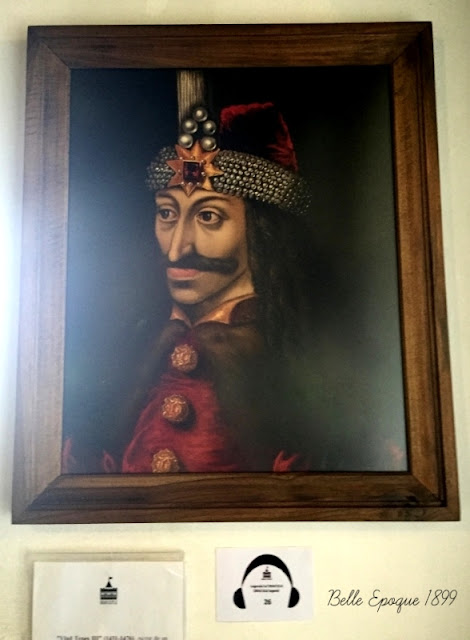 If planning a trip to Transylvania to follow in Dracula's footsteps, the charming vacation town of Brasov makes a good base. Sighișoara is a two-hour drive away while Bran is approximately 1/2 hour away.

For a really unique experience, you can even stay in Bran Castle for a memorable night.
Posted by Madame X at 8:00 AM