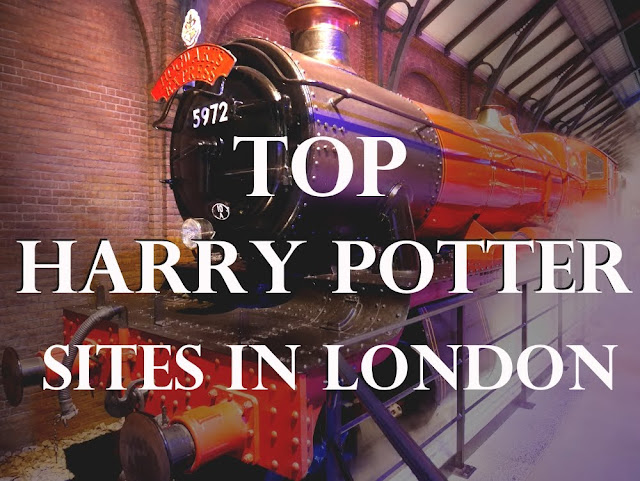 A wealth of sites await the fervent Harry Potter fan on pilgrimage in London.  While some can cost a princely sum, most are free and easily accessible.

There is a real King's Cross Station, which is a busy train station used by thousands of Londoners every day. Warner Brothers opened a Harry Potter shop some years before and next to it erected Platform 9 3/4. It is free to take pictures by the trolley, either with your own camera or by one of the staff.  One can purchase the images either digitally or as a glossy pictures from the store. There's usually a long line lasting 20 minutes to an hour, due to the fact that the staff take their time in coaxing various fun poses with each person for maximum effect.

TIP: If you plan on going to Warner Brothers Studio (below) in Leavesden and do not have time to wait in line at King's Cross, the Studio does have multiple "Platform 9 3/4"s where there are no lines. However, the staff aren't as inspired in taking pictures - more perfunctory than enthusiastic. You can still take your own pictures or buy theirs. But I must confess the King's Cross location just feels more authentic. 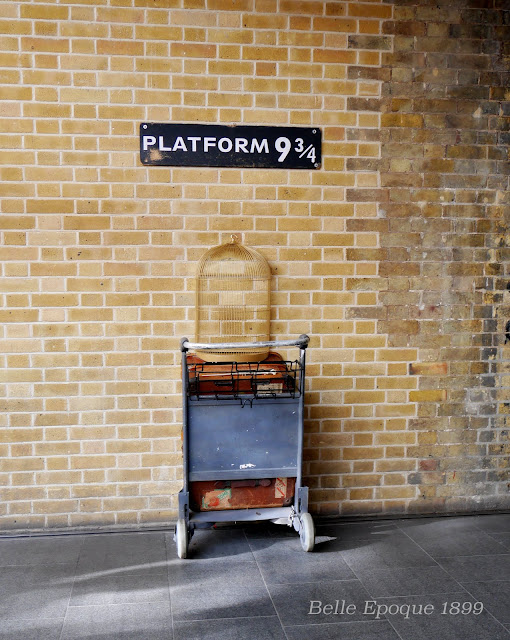 In the films, the exterior of Kings Cross Station was actually portrayed by St. Pancras, which is next door. 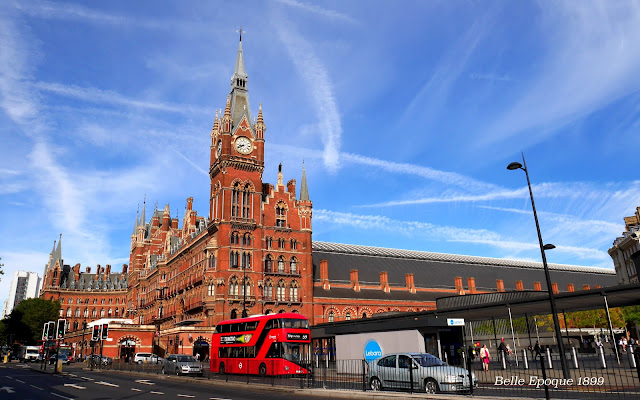 3. Harry Potter and the Cursed Child at the Palace Theater

Ever since this summer, the culmination of any Harry Potter-themed trip to London would be to see Harry Potter and the Cursed Child. For a more in depth post, go here.

As you doubtless know, tickets are sold out through all of 2017. However, there are still ways to score some tickets besides through resale (DO NOT buy them through a third party, as most likely you will be denied entrance).

Every Friday, the Harry Potter and Cursed Child releases 40 tickets for £20.  You must be on the webpage when it counts down to the moment when tickets are available for sale.

Also, if you happen to be in London anyway, people do return tickets, as crazy at it may sound, and if you line up outside the box office prior to a particular performance, you just might get those golden tickets. 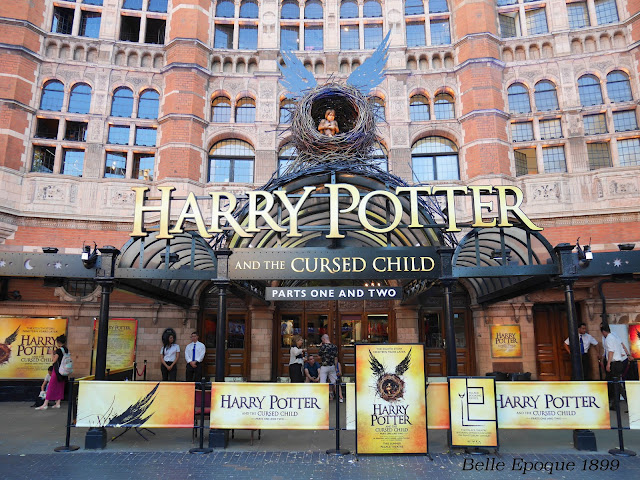 As soon as you book your flight to London, the next thing you must do is purchase your tickets to the Harry Potter Studio Tour in Leavesden.  Tickets are timed and sell out weeks, if not months, in advance and can only be purchased online.

This "experience" is not at all like Harry Potter World in Orlando, Florida, or Los Angeles, California, which are amusement parks. The studio in Leavesden contains all the original sets, props, costumes and effects used in the movies.  There are some interactive activities but no rides.

As previously stated, you can have your picture taken at Platform 9 3/4. You can also pay to have a video and photos of yourself flying on a broomstick over London streets, the Thames and the countryside.

TIP: Make sure you watch the entire video right after it's made and before you go to pay for it. If you don't like it, have them do it over again.  Also, because they use green screen, pick a room where the green walls are not scraped or damaged because that will mar the video.

Other fun memorabilia include having your picture taken in a flying Ford Anglia or riding in Hogwarts Express. 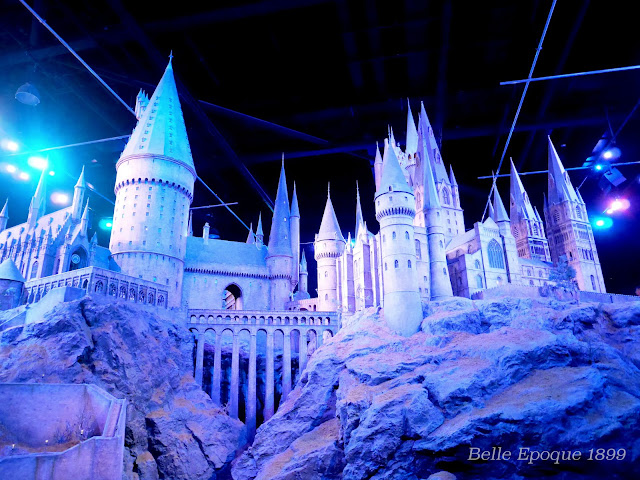 There is the actual Diagon Alley, the Great Hall at Hogwarts, Number 4 Privet Drive, the Night Bus, and much more. Plus, they have Butterbeer! You can also bring in your own lunch if you don't want to buy at their cafe. You will probably need it as you will end up spending the whole day there.

If you don't have a car to make the drive from London, take the Tube to Watford Junction. There is a special shuttle just for the Studio Tour that takes about 20 minutes. 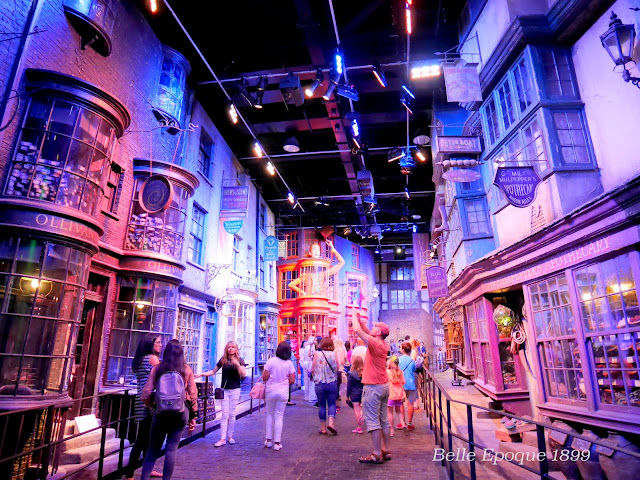 The House of Minalima is right up the street from Harry Potter and the Cursed Child.  It's a free exhibit of all the unique and gorgeous graphic art of the Harry Potter films, including Fantastic Beasts. Three stories of posters, books, even the myriad Hogwarts acceptance letters that flooded the Dursley's living room.  It's a vibrant, colorful and fun little trip for the diehard Harry Potter fan. 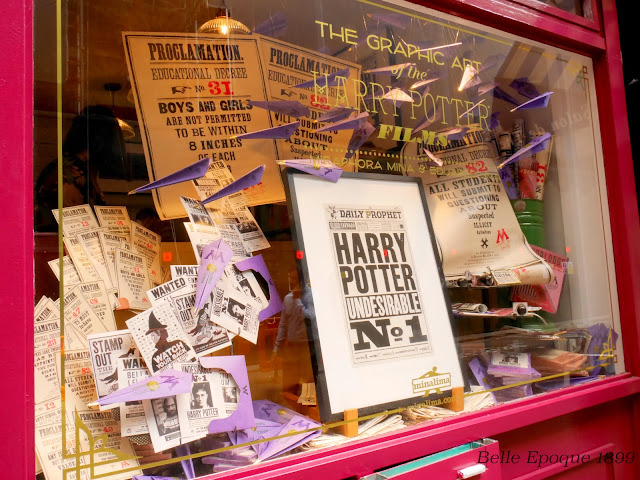 Who can forget the scary scene in Harry Potter and the Half-Blood Prince film when the Death Eaters destroy Millennium Bridge? Well, you can (sort of) relive that moment by walking across this modern, phenomenally-designed bridge, especially during a windy day. 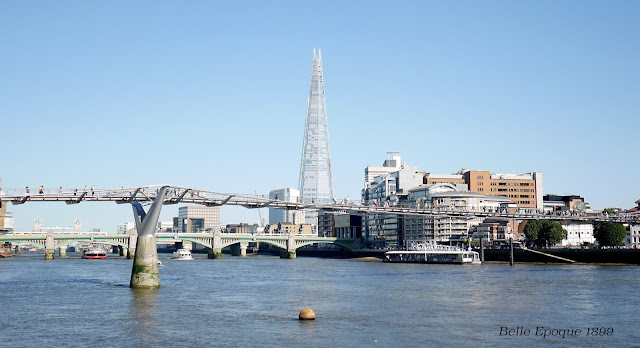 
With its brightly painted stores and dragons perching on top of columns, Leadenhall Market was apparently an inspiration for Diagon Alley. 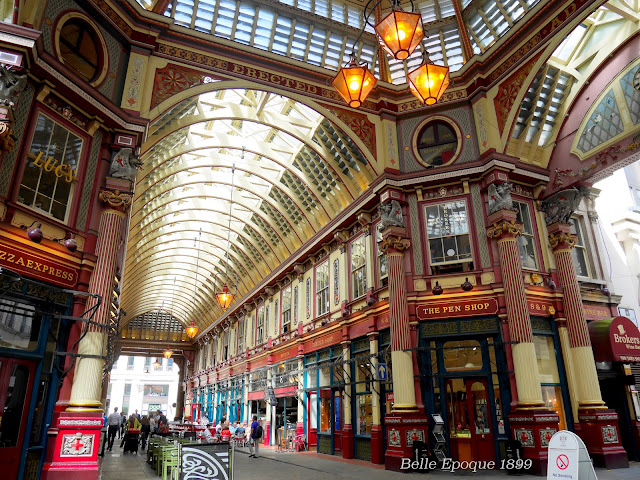 
J.K. Rowling has a strangely pensive diorama at the National Portrait Gallery, looking off into some imaginary vista as she eats breakfast barefoot.  Entrance is free. 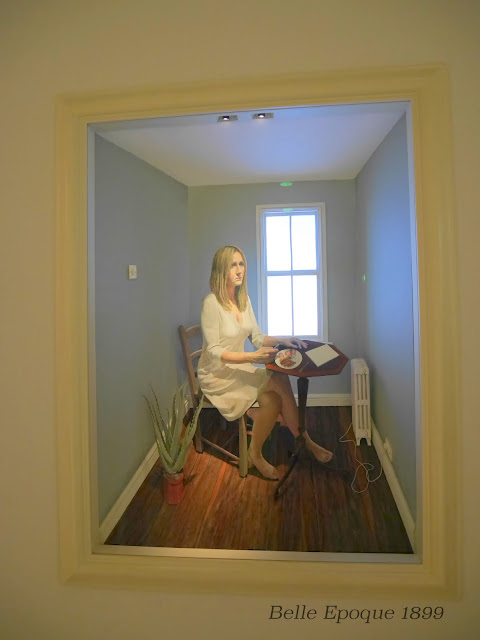