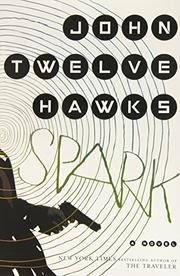 After a catastrophic motorcycle accident, Jacob Underwood woke up believing he was already dead. This unusual condition has a name—Cotard’s syndrome—and a surprising benefit: Feeling dead makes Jacob frighteningly good at his job. A contract employee of the multinational corporation DBG, he can now carry out his assignments with ruthless precision, untroubled by guilt, fear, dishonor or any moral conflict—the perfect skills for a hired assassin. When a bright young DBG associate vanishes without a trace, likely taking vast sums of money and valuable company information with her, Jacob will pursue her into a labyrinthine network of dark dealings which extend around the globe, and far beyond his understanding.


Spark is a fitting title for this novel in that it explores from various angles what it takes to be human. Jacob Underwood's been brain damaged in such a way that he believes his soul/spirit/life energy or "spark" has been liberated from his body or "shell." He can't bear to be touched. He feels no emotion. He has to look at photos of human faces with distinct expressions in order to decipher what emotions of people around him. He feels no compassion or fear. Which makes him the perfect hired assassin.

"...all my attachments have melted away. Yes, I can breathe and swallow and fire a handgun. In many ways, I resemble a human being. But there is nothing inside me. I'm filled with darkness."

The dystopian world depicted in Spark is as bleak as its antihero. There are cameras everywhere. Everyone is tracked by the government through a "Freedom ID Card" or a chip implant in their head. There is no privacy. Human behaviors are fed into algorithms. Act in such a way that is outside your pattern and you are flagged – as a potential criminal. Good as guilty.

What makes this world really scary is that the seeds of such a society have already been planted in reality. Google glass, NSA, Facebook – privacy is pretty much on its way to extinction.

"Both the government and large corporations were monitoring email and credit card transactions. Surveillance cameras were everywhere, plus people were walking around New York making continuous videos with their G-MIDs because they wanted to remember every moment of their unmemorable lives. A great many facts flowed through the total information database, but the real power of the EYE came from the algorithms that identified individuals, tracked them, and placed them into different categories."

Technology has advanced to the extent that many jobs are now being handled by nubots or robots that appear and act like humans. There is a correlation here between Jacob and the nubots. Is he more robotic than human because he lacks emotion? What makes Jacob human at all?

That question is answered in a rather predictable way. After efficiently executing routine assignments of "neutralizing" problems on orders from his boss, he gets an order to do a hit on Emily Buchanan. This assignment changes everything and "sparks" a change within Jacob, igniting his long-buried humanity to life and perhaps more. The ending is such that it leaves room for a sequel.
Posted by Madame X at 8:00 AM