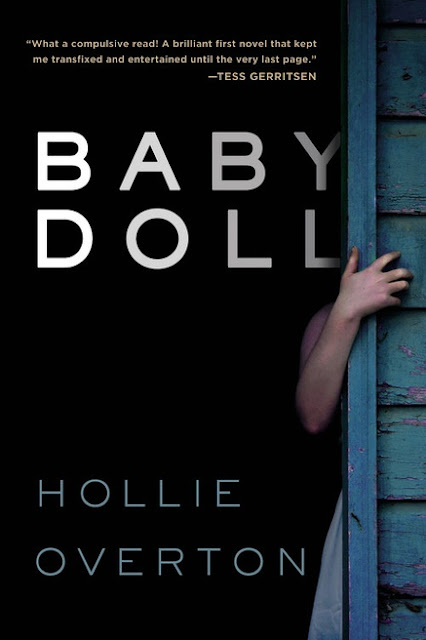 Escape was just the beginning.

Held captive for eight years, Lily has grown from a teenager to an adult in a small basement prison. Her daughter Sky has been a captive her whole life. But one day their captor leaves the deadbolt unlocked.

This is what happens next... to Lily, to her twin sister, to her mother, to her daughter -- and to her captor.

The tantalizing description for this book reminded me of Room by Emma Donoghue, which captivated me, even as it broke my heart.  Baby Doll starts immediately with heart palpitations, as Lily and her daughter make their daring escape from their captor. To say I was riveted from then on is an understatement. Baby Doll hooked me and would not let go, with surprise twist after twist, from who Lily’s kidnapper turns out to be to how her disappearance shattered her family.  Lily struggles to reconcile with how everything has changed during the eight years she had been held captive. The dark and troubled present contrasts painfully with the golden and promising future Lily and her twin, Abby, used to have before the tragedy that changed all their lives.

With the narrative switching from Lily to Abby and even her kidnapper, I was kept on my toes, furiously turning the pages to see what would happen next. Just when I thought I knew where it was going, Overton flipped everything around with a shocking ending.
Posted by Madame X at 8:00 AM