I was ecstatic at catching Laini Taylor at A Great Good Place for Books earlier this week. Although it was standing room only in the cozy bookstore, I had a magical time breathing the same air as her and gaining some insights into that pink-haired, fantastical imagination.  Readers were also treated to an evening with local author Tamara Ireland Stone, who was in the lucky seat next to Laini, asking her detailed questions about her writing process and inspirations.
Laini spent 8 months trying to figure out what her new novel was going to be about.  She was particularly keen about a "muse of nightmares" as the protagonist.  However, as soon as thought of a character whose nose was broken by a falling book of fairy tales, she knew that this book was going to be about Lazlo Strange and not the "muse of nightmares."

She is working on the sequel, which will be titled Muse of Nightmares.

Daughter of Smoke and Bone is no longer in film development :(  However, she did mention that she was given conceptual art for the movie at one point that looked amazing yet different from what she had pictured in her head.

Strange the Dreamer was supposed to have been published by September 2016 but she (obviously) did not meet the deadline.  {As eager I am for any of her books to be published STAT, I trust that she knows when it's ready for publication.  The quality of her craft is what made me fall in love with her books - so I would never want her to rush it.}

The narrator for the audio book, Steve West, got raves from her and others in the audience so I believe I will have to get the audio book and listen to Lazlo's sexy voice.

Sometimes when she has to meet a writing deadline, she'll rent a hotel room in Portland (she lives in Oregon) or by the beach and just write.  For Dreams of Gods and Monsters, she wrote 25,000 words in six days and once wrote for 23 hours straight.

Writer's block does exist for her.

She almost never outlines her books because she doesn't know what's going to happen.  The only time she had ever outlined was for this coming sequel, which she sent to the publisher.

Patrick Rothfuss gave her the best unpublishable blurb ever:  "Your new book is fucking awesome!"  As well as this advice regarding publishing deadlines:  "It can be late once but it'll suck forever." 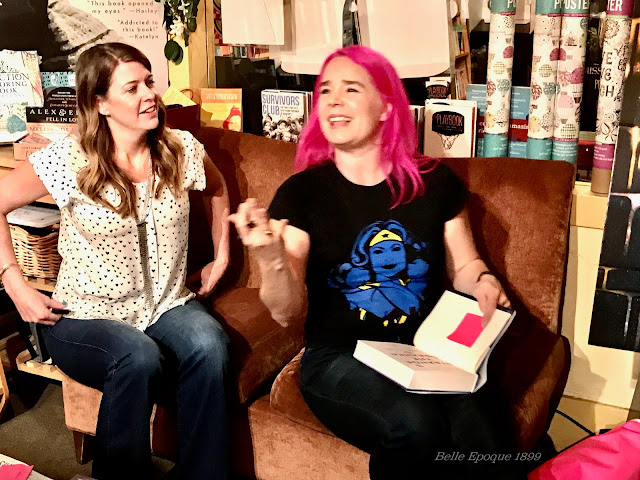 Laini got sorted intro Gryffindor but admits that she gamed the system.

She went to my alma mater, UC Berkeley, as well!  Go Bears!

Besides her natural hair color, her hair has only ever been pink.  It was supposed to be temporary, but 10 years later...

The book tour is just beginning.  Laini's traveling to the rest of the country and to the UK! 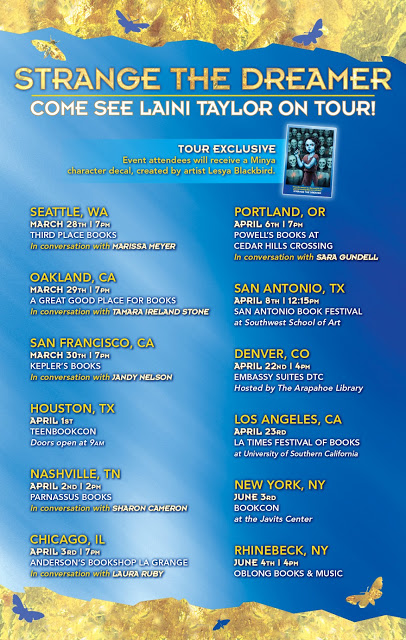 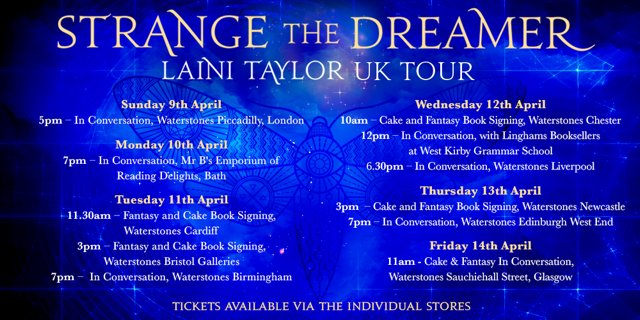