Book Review: The Sweet Life in Paris by David Lebovitz 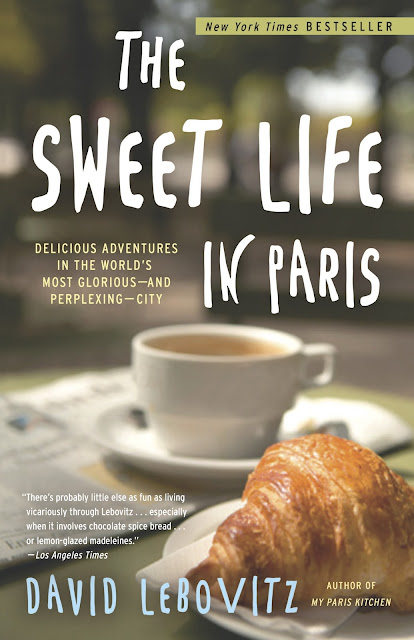 Like so many others, David Lebovitz dreamed about living in Paris ever since he first visited the city in the 1980s. Finally, after a nearly two-decade career as a pastry chef and cookbook author, he moved to Paris to start a new life. Having crammed all his worldly belongings into three suitcases, he arrived, hopes high, at his new apartment in the lively Bastille neighborhood.

But he soon discovered it’s a different world en France.

From learning the ironclad rules of social conduct to the mysteries of men’s footwear, from shopkeepers who work so hard not to sell you anything to the etiquette of working the right way around the cheese plate, here is David’s story of how he came to fall in love with—and even understand—this glorious, yet sometimes maddening, city.

When did he realize he had morphed into un vrai parisien? It might have been when he found himself considering a purchase of men’s dress socks with cartoon characters on them. Or perhaps the time he went to a bank with 135 euros in hand to make a 134-euro payment, was told the bank had no change that day, and thought it was completely normal. Or when he found himself dressing up to take out the garbage because he had come to accept that in Paris appearances and image mean everything.

The more than fifty original recipes, for dishes both savory and sweet, such as Pork Loin with Brown Sugar–Bourbon Glaze, Braised Turkey in Beaujolais Nouveau with Prunes, Bacon and Bleu Cheese Cake, Chocolate-Coconut Marshmallows, Chocolate Spice Bread, Lemon-Glazed Madeleines, and Mocha–Crème Fraîche Cake, will have readers running to the kitchen once they stop laughing.

Paris – from the point of view of a former San Francisco chef – with recipes? Of course I had to read this book.  Food and Paris, two of my favorite subjects, go so well together that I knew I would have a pleasurable reading experience. Lebovitz writes in an engaging style that kept me chuckling over his unique observations about Parisian life.  Some were truly eye-opening – but others gave me pause , such as his statement that French coffee was the worst.  Coming from a lauded chef, one would assume he knew what he was talking about.  However, I happen to adore coffee in France, which I rank right up there with Italian coffee. In fact one of my souvenirs from my first trip was a bag of ground coffee for 3 euros, which my guests raved about when I served it after a dinner. So does that mean that I (and my friends) have terrible taste?

The recipes are the true treasures of this book. My copy is bulging with bookmarks. I haven’t tried any yet, but I am dreaming of the bacon and blue cheese cake and fromage blanc soufflé. The placement of certain recipes, though eclectic, was somewhat baffling. There are Mexican recipes that seem to show up out of nowhere and don’t correlate to the preceding chapter, unless I’m too dim to pick up on a subtle nuance.

Overall, the sense I got from The Sweet Life is that living in Paris isn’t as sweet as some of my daydreams. It’s more complicated, difficult and impenetrable than I could imagine.  Oddly, Lebovitz’s experience actually made me not want to move to Paris.
Posted by Madame X at 8:00 AM No comments: 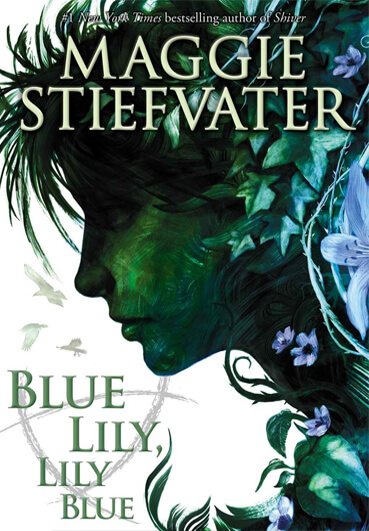 The trick with found things, though, is how easily they can be lost.

While The Dream Thieves felt like a scorching detour from the search for Glendower, in Blue Lily. Lily Blue, Blue and the Raven Boys have returned to the quest in earnest. As the title indicates Blue is the central figure of this narrative, as the story reveals more of her supernatural ability. Adam is the Magician, Ronan is the Dream Thief, and Blue is a mirror.

The search for her mother and the search for Glendower have more connections than geography. As with the others, Blue's past, present and future intertwine with the fate of ley line and Cabeswater. More twists, more frightening flights of fancy and more deaths.

I raced through this book, breathless and eager to get to the finale, The Raven King.
Posted by Madame X at 8:00 AM No comments: 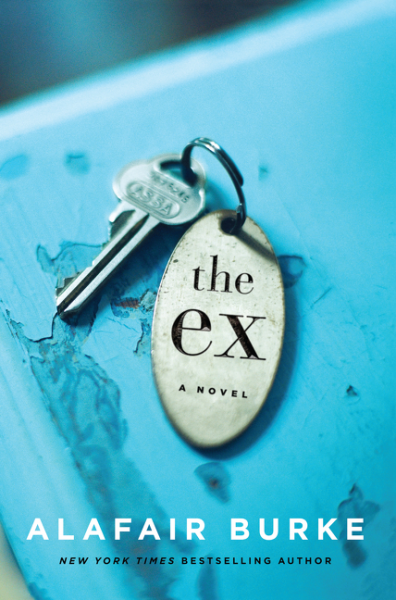 Twenty years ago she ruined his life. Now she has the chance to save it.

Widower Jack Harris has resisted the dating scene ever since the shooting of his wife Molly by a fifteen-year-old boy three years ago. An early morning run along the Hudson River changes that when he spots a woman in last night’s party dress, barefoot, enjoying a champagne picnic alone, reading his favorite novel. Everything about her reminds him of what he used to have with Molly. Eager to help Jack find love again, his best friend posts a message on a popular website after he mentions the encounter. Days later, that same beautiful stranger responds and invites Jack to meet her in person at the waterfront. That’s when Jack’s world falls apart.

Olivia Randall is one of New York City’s best criminal defense lawyers. When she hears that her former fiancé, Jack Harris, has been arrested for a triple homicide—and that one of the victims was connected to his wife’s murder—there is no doubt in her mind as to his innocence. The only question is who would go to such great lengths to frame him—and why?

For Olivia, representing Jack is a way to make up for past regrets, to absolve herself of guilt from a tragic decision, a secret she has held for twenty years. But as the evidence against him mounts, she is forced to confront her doubts. The man she knew could not have done this. But what if she never really knew him?

Right from the get go, the reader expects a twist to this narrative. Can a guy as nice and with such a tragic past as Jack Harris have concocted an elaborate ruse just to murder three strangers in cold blood?

Olivia Randall, Jack’s old girlfriend and top notch defense lawyer is convinced that the guy she used to know couldn’t possibly have done it. But as she delves deeper and deeper into Jack’s life, her conviction begins to falter.  Everything the reader finds out about Jack contrasts sharply with all the terrible things Olivia did to Jack twenty years ago. Both are very flawed human beings.

I did end up guessing the “twist” about ¾ of the way in, but until then, my foundations were on shaky ground, switching theories about every other chapter or so with each surprising revelation. The legal details were realistic – I do hate it when crime novels gloss over or completely ignore the legal part for the sake of convenience. Burke’s law background tells and strengthens an already tight and fast moving narrative.

This was a quick, well-paced read for me. Nothing gasp-inducing like Gone Girl, but a good diversion.
Posted by Madame X at 8:00 AM No comments:

Book Review: Paris for One and Other Stories by Jojo Moyes 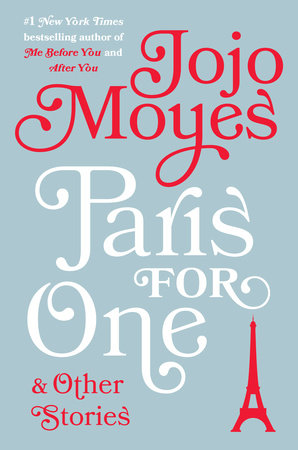 Nell is twenty-six and has never been to Paris. She's never even been on a romantic weekend away—to anywhere—before. Traveling abroad isn't really her thing. But when Nell's boyfriend fails to show up for their mini-vacation, she has the opportunity to prove everyone—including herself—wrong.  Alone in Paris, Nell finds a version of herself she never knew existed: independent and intrepid. Could this turn out to be the most adventurous weekend of her life?

I was in the midst of my yearning for Paris mood (which strikes me frequently throughout the year) when I pounced upon this book.  "Paris for One" is the novella which takes up most of the pages and sure enough this delightful rendezvous soothed my ache.  An overcautious young woman alone in Paris for the first time discovers she's braver and more adventurous than she thought. It has everything I wanted from a Parisian reading escape and entertained me enormously.

The rest of the short stories are also a mixture, some romantic, some of self-discovery. Some descend to darkness, but not too dark, before its hopeful ending.

One of the stories, “Holdups”, has my favorite dialogue:

’I realized pretty quickly I couldn’t marry a man without a bookshelf…in his house. Not even a little one in his loo for the Reader’s Digest…He didn’t have one book. Not even a true crime. Or a Jeffrey Archer.  I mean, what does that tell you about someone’s character?’
Posted by Madame X at 8:00 AM No comments: 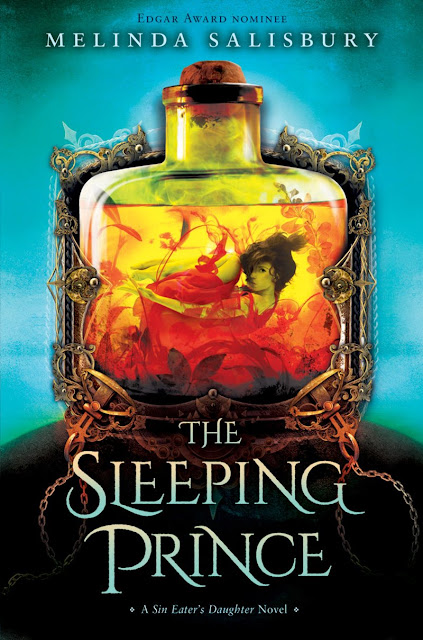 The Sleeping Prince by Melinda Salisbury

Ever since her brother Lief disappeared, Errin's life has gone from bad to worse. Not only must she care for her sick mother, she has to scrape together rent money by selling illegal herbal cures. But none of that compares to the threat of the vengeful Sleeping Prince whom the Queen just awoke from his enchanted sleep. When her village is evacuated as part of the war against the Sleeping Prince, Errin is left desperate and homeless. The only person she can turn to is the mysterious Silas, a young man who buys deadly poisons from Errin, but won't reveal why he needs them. Silas promises to help her, but when he vanishes, Errin must journey across a kingdom on the brink of war to seek another way to save her mother and herself. But what she finds shatters everything she believed about her world, and with the Sleeping Prince drawing nearer, Errin must make a heartbreaking choice that could affect the whole kingdom.

Confession time: I was about 5/8 through when I realized that this is actually a sequel to The Sin Eater’s Daughter, which explained some questions I had. Otherwise, I was able to follow along and made some guesses as to the general outline of what happened previously. This novel is set in the same world, but its main character is not the same as in the first (although she does show up at some point). Do you need to read the first novel to fully enjoy this one?  Probably. Especially since our protagonist, Errin, keeps wondering what happened to her brother, Lief, who apparently figures prominently in the first book.

The mythology of this world is sufficiently engaging. However, at about 2/3 of the way through, I had a bit of a debate on whether I would continue or no. Not sure why – perhaps because that was my first sitting with the book and I was determined to finish it before going to sleep maybe? I ended up falling asleep against my will and picked it up again the next day refreshed and ready to continue with my harrowing journey with Errin as she tries to take care of her ill mom, escape the creepy clutches of the town leader and make poisons for the mysterious Silas.

The last 1/3 moved pretty fast and there were many revelations, which probably makes it moot to read the 1st book but absolutely imperative to read the last one.  Lots of heartbreak in this one but it ends in a note of hope.
Posted by Madame X at 8:00 AM No comments: