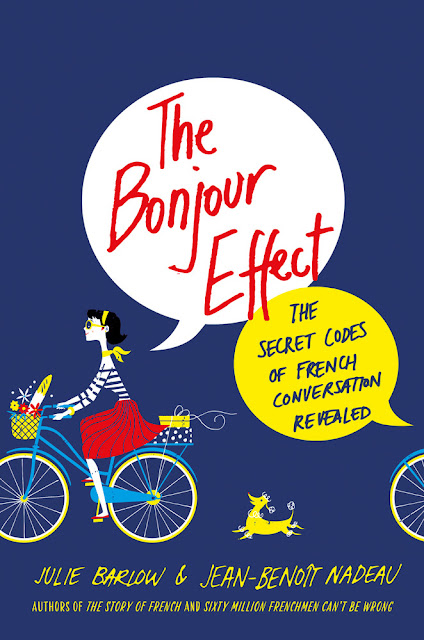 Jean-Benoît Nadeau and Julie Barlow spent a decade traveling back and forth to Paris as well as living there. Yet one important lesson never seemed to sink in: how to communicate comfortably with the French, even when you speak their language. In The Bonjour Effect Jean-Benoît and Julie chronicle the lessons they learned after they returned to France to live, for a year, with their twin daughters. They offer up all the lessons they learned and explain, in a book as fizzy as a bottle of the finest French champagne, the most important aspect of all: the French don't communicate, they converse. To understand and speak French well, one must understand that French conversation runs on a set of rules that go to the heart of French culture. Why do the French like talking about "the decline of France"? Why does broaching a subject like money end all discussion? Why do the French become so aroused debating the merits and qualities of their own language? Through encounters with school principals, city hall civil servants, gas company employees, old friends and business acquaintances, Julie and Jean-Benoît explain why, culturally and historically, conversation with the French is not about communicating or being nice. It's about being interesting. After reading The Bonjour Effect, even readers with a modicum of French language ability will be able to hold their own the next time they step into a bistro on the Left Bank.

The description above doesn’t adequately depict the depth and breadth of The Bonjour Effect (“in a book as fizzy as a bottle of the finest French champagne”)  While there are some light-hearted moments, the authors supported their observations not only with personal experience, but with impressive knowledge of French history, past and current political climates, cultural mores, and of course a scientific examination of linguistics. If you want the bare bones commandments of what to do and not to do when conversing with the French, skip to the end for a list called the “Twelve Guiding Principles of French Conversation” (i.e. “Say bonjour like you mean it and say it a lot.”  “Never take non for an answer.  Keep talking until you get a oui.”


Though the list is very handy, it is simplistic. The preceding chapters delve into the sometimes complex reasons behind French attitudes and taboos, which are endlessly fascinating for a Francophile such as myself.  The French can be a baffling lot but The Bonjour Effect goes a long way to illuminating their mysterious ways.  I plan on rereading it prior to my next trip to Paris as a refresher.
Posted by Madame X at 8:00 AM No comments:

Alex Kelley vanished twenty-one years ago––the night her mother was murdered. When she comes home to New York City, she wants just two things: a little peace, and answers about the unsolved murder and why she was abandoned in the middle of America at the age of eight.

Greer Sinclair, an enigmatic stranger who knows a little bit more than he should, just might give her both––and more if she’ll let him.

Who is this beguiling satyr who keeps coming between them?

She attracts the otherworldly like moths to a flame. And why does every stranger on the streets of Manhattan want a piece of her and that pendant hanging around her pretty little neck?

Maybe the answers are in a peculiar shop in the heart of Greenwich Village where ghosts, memories, and secrets are bursting from the walls and the books and the one person who knows her best.

The line between the mundane and supernatural worlds is starting to blur. Which side will she choose? Which would you?

The Amulet Thief at first bewitched me. The New York setting, a protagonist who seemed brave and intriguing with a powerful secret.  However, the more I read, the more I grew frustrated with Alex as she continually put herself in stupid situations - for the sake of plot. The author squandered the promise of the initial chapters to create artificial and maddening scenes that only showed her protagonist in a terrible light. Alex's interactions with Greer turned into a Christian Grey/Anastasia Steele dynamic.  He's rich, controlling and a stalker.  She's a clumsy idiot who can't seem to make an intelligent decision yet somehow he's fascinated with her.  HOWEVER, something did compel me to keep turning the pages despite my increasing contempt for the heroine. Unfortunately, it will not be enough to propel me towards reading the sequel.
Posted by Madame X at 8:00 AM No comments: 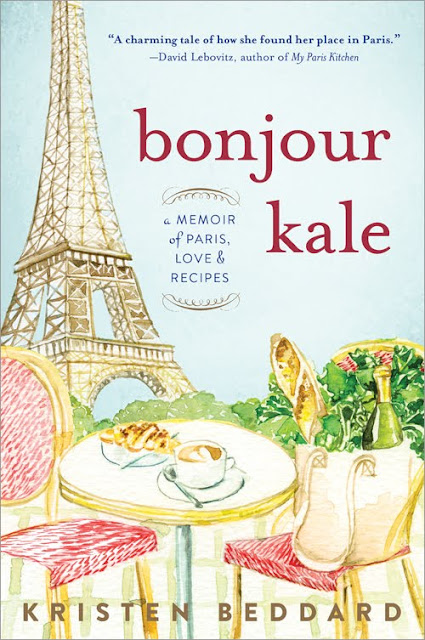 A memoir of love, life, and recipes from the woman who brought kale to the City of Light

The story of how one expat woman left her beloved behind when she moved to France—her beloved kale, that is. Unable to find le chou kale anywhere upon moving to the City of Light with her new husband, and despite not really speaking French, Kristen Beddard launched a crusade to single-handedly bring kale to the country of croissants and cheese. Infused with Kristen’s recipes and some from French chefs, big and small (including Michelin star chef Alain Passard) Bonjour Kale is a humorous, heartfelt memoir of how Kristen, kale, and France collide.

While no one could accuse me of being a passionate kale lover, I am drawn to Parisian memoirs. And this one stands apart from the rest simply because it is about kale. But don’t worry, even though the theme is about one American woman’s search for kale in Paris, it isn’t just about the leafy vegetable. Kale is a metaphor for Beddard’s adjustment to French life and culture.  The picture she paints of her early months is bleak and discouraging, a small part of which is the fact that she has trouble finding ingredients commonplace in New York, including kale. Jobless and directionless, Beddard decides to bring kale to Paris by convincing local farmers to start growing the leafy green and restaurants and locals to buy it.  Beddard’s experiences as a fish out of water are relatable and I got caught up in the momentum of her passion project.

Recipes with a healthy bent (some without a whit of kale) end every chapter.  My favorite one is easy and versatile.  Called Sharzie’s Secret Sauce (after her mom), I use it a couple of times a week as a salad dressing, drizzled over chicken or vegetables.

Combine the olive oil and vinegar in a medium-size jar.  Sprinkle the dill into the jar, covering the liquid mixture. Shake vigorously.  Taste.  If desired, add more dill.  Dressing will keep for 2-3 weeks.

*I’ve made variations of this sauce by substituting white wine vinegar and adding some salt and a squeeze of lemon.
Posted by Madame X at 8:00 AM No comments: 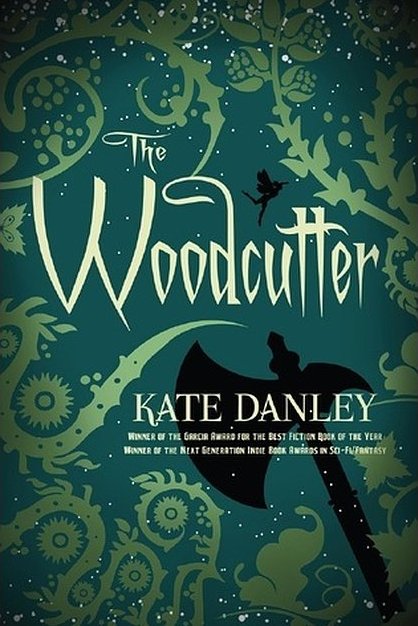 Deep within the Wood, a young woman lies dead. Not a mark on her body. No trace of her murderer. Only her chipped glass slippers hint at her identity.

The Woodcutter, keeper of the peace between the Twelve Kingdoms of Man and the Realm of the Faerie, must find the maiden’s killer before others share her fate. Guided by the wind and aided by three charmed axes won from the River God, the Woodcutter begins his hunt, searching for clues in the whispering dominions of the enchanted unknown.

But quickly he finds that one murdered maiden is not the only nefarious mystery afoot: one of Odin’s hellhounds has escaped, a sinister mansion appears where it shouldn’t, a pixie dust drug trade runs rampant, and more young girls go missing. Looming in the shadows is the malevolent, power-hungry queen, and she will stop at nothing to destroy the Twelve Kingdoms and annihilate the Royal Fae…unless the Woodcutter can outmaneuver her and save the gentle souls of the Wood.

Blending magic, heart-pounding suspense, and a dash of folklore, The Woodcutter is an extraordinary retelling of the realm of fairy tales.

I wasn't quite sure what I was going to get with The Woodcutter but I was quickly drawn in by Danley's lyrical writing. The chapters are short but the narrative has a mysterious, beckoning quality that, although what's happening isn't altogether clear, I just wanted to keep going deeper and deeper into the woods with our hero, the Woodcutter. Pretty soon, the appearance of familiar storybook characters in unfamiliar circumstances signals the fairy tale nature of this world. Yet the order of things has gone horribly awry, as one by one the fairy tale characters get diverted from their happily ever after endings.  That sounds slightly whimsical, but Danley's Woodcutter is generally grave if honorable.  The theme is one of love and sacrifice overcoming evil.
Posted by Madame X at 8:00 AM No comments: