Book Review: Queen of the Tearling by Erika Johansen 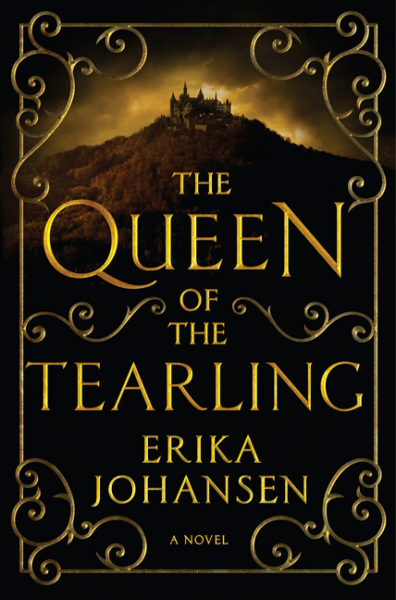 On her nineteenth birthday, Princess Kelsea Raleigh Glynn, raised in exile, sets out on a perilous journey back to the castle of her birth to ascend her rightful throne. Plain and serious, a girl who loves books and learning, Kelsea bears little resemblance to her mother, the vain and frivolous Queen Elyssa. But though she may be inexperienced and sheltered, Kelsea is not defenseless: Around her neck hangs the Tearling sapphire, a jewel of immense magical power; and accompanying her is the Queen’s Guard, a cadre of brave knights led by the enigmatic and dedicated Lazarus. Kelsea will need them all to survive a cabal of enemies who will use every weapon—from crimson-caped assassins to the darkest blood magic—to prevent her from wearing the crown.

Despite her royal blood, Kelsea feels like nothing so much as an insecure girl, a child called upon to lead a people and a kingdom about which she knows almost nothing. But what she discovers in the capital will change everything, confronting her with horrors she never imagined. An act of singular daring will throw Kelsea’s kingdom into tumult, unleashing the vengeance of the tyrannical ruler of neighboring Mortmesne: the Red Queen, a sorceress possessed of the darkest magic. Now Kelsea will begin to discover whom among the servants, aristocracy, and her own guard she can trust.

But the quest to save her kingdom and meet her destiny has only just begun—a wondrous journey of self-discovery and a trial by fire that will make her a legend . . . if she can survive.

The genius of The Queen of the Tearling is its surprises. I thought I was delving into a Game of Thrones-like fantasy novel but as I read, I picked up bits and pieces of anachronisms that jarred me. I would be arrested briefly, thinking, what is "democracy" or the Bible doing in this medieval-ish fantasy world? Slowly, the author reveals, not through any lengthy exposition or flashbacks, but through subtle hints, that what I was reading was actually a dystopian novel. Somehow, in a distant past of this world, "ships" crossed an ocean to create a new society, one that was religious, feudal, and more like the Dark Ages than a modern utopia.

Part of what was driving my relentless urge to finish this book was to find out – what spurred these people to cross? Was there some cataclysmic event? War? Political unrest? Religious freedom? Spoiler: By the end of the book I still didn't know. But that's ok because by then I was just utterly fascinated and could not turn the pages fast enough.

Most of the book is told from Kelsea's point of view, with one or two from unlikely characters, which I guess will be come more pivotal further on in the series. One thing that irritated me was why so much information was kept from Kelsea. If she was being groomed to be Queen, why did her otherwise competent foster parents pitch her into a dangerous situation with so little knowledge of her past or what lay in wait for her? Obviously, our heroine's ignorance makes for super juicy revelations, surprises and plot twists, but it strained credulity.
Posted by Madame X at 8:00 AM