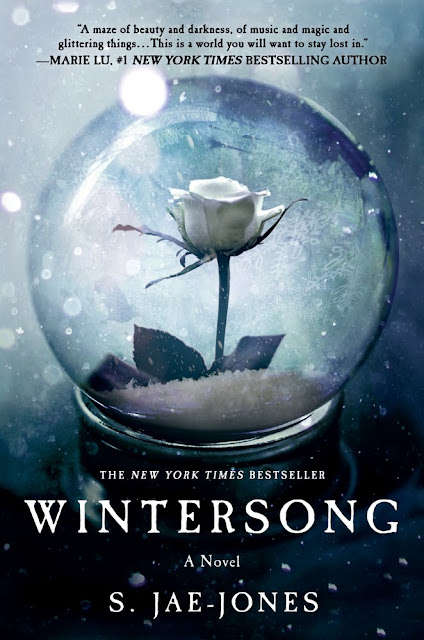 The last night of the year. Now the days of winter begin and the Goblin King rides abroad, searching for his bride…
All her life, Liesl has heard tales of the beautiful, dangerous Goblin King. They’ve enraptured her mind, her spirit, and inspired her musical compositions. Now eighteen and helping to run her family’s inn, Liesl can’t help but feel that her musical dreams and childhood fantasies are slipping away.
But when her own sister is taken by the Goblin King, Liesl has no choice but to journey to the Underground to save her. Drawn to the strange, captivating world she finds—and the mysterious man who rules it—she soon faces an impossible decision. And with time and the old laws working against her, Liesl must discover who she truly is before her fate is sealed.
I will be completely honest from the first and confess that I did not finish Wintersong. But not for lack of trying.  This novel has lain on my nightstand for almost a year now, an ever-present rebuke. While other books have come and gone, Wintersong gathered dust.
I had begun it earlier this year with the greatest expectation that I would love it. It has been compared to Labyrinth - one of my all-time favorite movies - with a touch of Beauty and the Beast. The source material of course is Christina Rossetti's "Goblin Market." Every sign pointed to a magical reading escape. And when I first started reading, half-afraid, half-excited, I breathed a sigh of relief. The writing was exquisite. Lyrical. Music set into words. The world within its pages was beautiful yet dark. I shivered with delight.
I had read past 200 pages then began to struggle, limping along for another chapter or two before stopping. Over the course of the year I kept picking it back up and trying to recapture the magic, thinking that perhaps I was merely in the wrong mood or wrong season. I recently gave it one more try before admitting to myself that Wintersong well and truly belongs in my DNF pile.
So where and why did Wintersong lose me? Trying to answer this question shows that this failure of mine to finish rankles, despite the fact that I DNF often and without guilt. Life is short and there are too many books. I have cast aside more books this year than I have finished. But Wintersong haunts me. It is one of the few DNF I have ever reviewed. Despite its beauty, the novel read like a dirge, heavy and mournful. Liesl's self-hatred and anger turned me off.  After the umpteenth time of her calling herself the plain or ugly sister with nothing to offer, I got fed up and could not go on.

To be clear, I've finished and enjoyed books this year that are not half so well-written as Wintersong. But the gulf between my expectation and the reality was too vast.
So it is with regret that I move Wintersong from its place next to my bed and onto a bookshelf in another room. Will I open it again someday? Perhaps.
Posted by Madame X at 7:00 AM 1 comment: 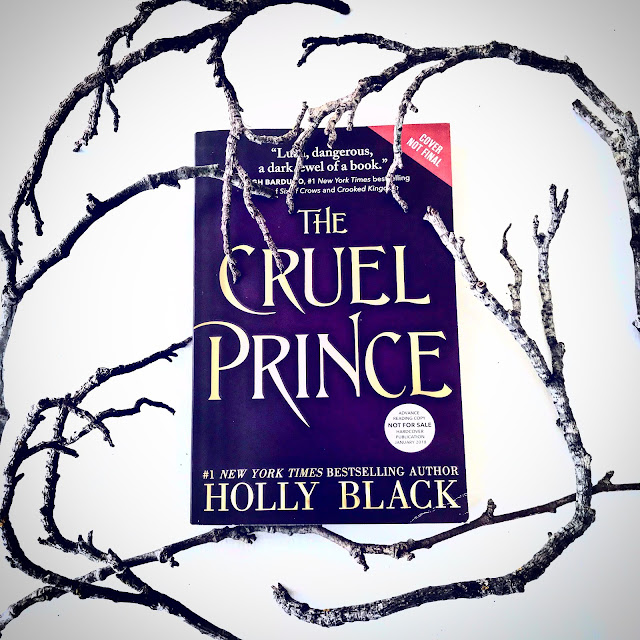 
Jude was seven years old when her parents were murdered and she and her two sisters were stolen away to live in the treacherous High Court of Faerie. Ten years later, Jude wants nothing more than to belong there, despite her mortality. But many of the fey despise humans. Especially Prince Cardan, the youngest and wickedest son of the High King.

To win a place at the Court, she must defy him–and face the consequences.

In doing so, she becomes embroiled in palace intrigues and deceptions, discovering her own capacity for bloodshed. But as civil war threatens to drown the Courts of Faerie in violence, Jude will need to risk her life in a dangerous alliance to save her sisters, and Faerie itself.

In my original review, I wrote that The Cruel Prince was my first foray into Holly Black territory - completely forgetting that I had read the Spiderwick Chronicles years ago and LOVED them. Embarrassing much?

The beginning chapter - stark and merciless - captured me and the rest simply held me hostage. The fairy world is indeed beautiful but cruel. Jude is basically bullied by the fairy teens (it reminded me of high school, albeit with supernatural beings). Her struggle to belong is difficult and beset with humiliation, especially when Prince Cardan is around.  As a human, she is pretty low in the totem pole.  Yet Jude's ambition lands her in the middle of political plots and murder attempts ala Game of Thrones-style. It is full of violence and betrayal but certainly an addictive read. Although some of the narrative turn was predictable, the ending did leave me with my jaw hanging open. What will be the consequences of Jude's power play???

“Yes, they frighten me, but I have always been scared, since the day I got here.  I was raised by the man who murdered my parents, reared in a land of monsters. I live with that fear, let it settle into my bones and ignore it. If I didn’t pretend not to be scared, I would hide under my owl-down coverlets in Madoc’s estate forever. I would lie there and scream until there was nothing left of me. I refuse to do that. I will not do that.

“Nicasia’s wrong about me. I don’t desire to do as well in the tournament as one of the fey. I want to win. I do not yearn to be their equal. 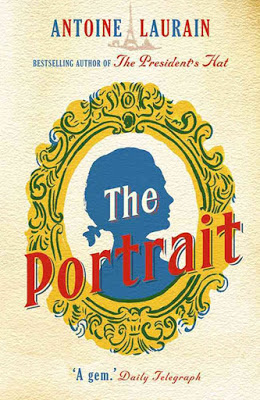 The Portrait by Antoine Laurain

A collector unearths the find of a lifetime: an eighteenth-century portrait of a man uncannily like him. While wandering through a Paris auction house, avid collector Pierre-François Chaumont is stunned to discover the eighteenth-century portrait of an unknown man who looks just like him. Much to his delight, Chaumont’s bid for the work is successful, but back at home his jaded wife and circle of friends are unable to see the resemblance. Chaumont remains convinced of it, and as he researches into the painting’s history, he is presented with the opportunity to abandon his tedious existence and walk into a brand new life…

I so enjoyed The Red Notebook and couldn’t wait to get my hands on The Portrait. It is another fast read from Antoine Laurain but quirkier than its predecessor. Laurain explores the intriguing premise, which leads to strange twists. Like the protagonist in The Red Notebook, Pierre Francois comes across a mysterious object, a painting, whose subject and origin spark an obsession. The ending, however, was a bit ambiguous. Read one way and the tone changes to something very dark and not in keeping with the mostly light-hearted rest of the story. It begs to be reread and seen from a new point of view.

“Modern eyes? They have no soul; they no longer look up to heaven.  Even the most pure are only concerned with the immediate.  Vulgar lust, petty self-interest, greed, vanity, prejudice, cowardly appetites and envy. Those are the abominable emotions swarming in today’s eyes. We have the souls of notaries and cooks.  That’s why the eyes on the portraits in museums are so spectacular; they reflect prayers and tortures, regrets and remorse.”
Posted by Madame X at 8:00 AM 1 comment: