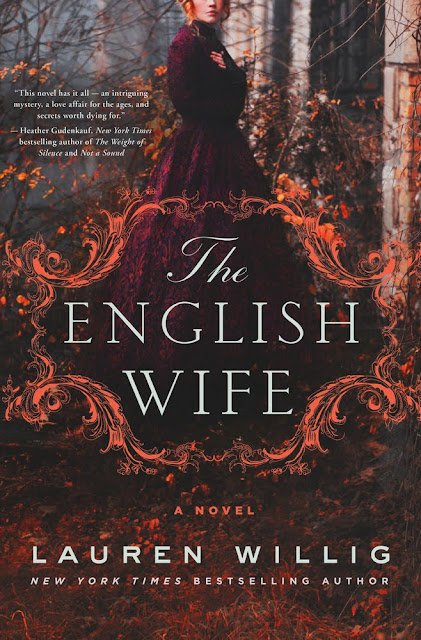 Annabelle and Bayard Van Duyvil live a charmed life in New York: he’s the scion of an old Knickerbocker family, she grew up in a Tudor house in England, they had a fairytale romance in London, they have three-year-old twins on whom they dote, and he’s recreated her family home on the banks of the Hudson and named it Illyria. Yes, there are rumors that she’s having an affair with the architect, but rumors are rumors and people will gossip. But then Bayard is found dead with a knife in his chest on the night of their Twelfth Night Ball, Annabelle goes missing, presumed drowned, and the papers go mad. Bay’s sister, Janie, forms an unlikely alliance with a reporter to try to uncover the truth, convinced that Bay would never have killed his wife, that it must be a third party, but the more she learns about her brother and his wife, the more everything she thought she knew about them starts to unravel. Who were her brother and his wife, really? And why did her brother die with the name George on his lips?

I have been such a fan of Lauren Willig since The Ashford Affair, The Other Daughter, as well as The Forgotten Room.  The English Wife has the same unputdownable quality of her previous books. I read it in 2 sittings, fighting, then ultimately succumbing to, sleep at one point.

The novel opens in the middle of the glamorous Twelfth Night Ball just before Bay is found dead, with his wife, Annabelle, having disappeared. Their beautiful, privileged life is seen from the outside by Bay's sister, Janie, often overlooked and pitied. The narrative alternates between the aftermath of that night and the years before, starting with how Annabelle and Bay met.

Nothing is what it seems - let me get that out of the way.  The theme of Twelfth Night is not a throwaway detail at all - let that prepare you for having your expectations turned upside down and inside out, not once, not twice, but multiple times as it did mine.  Of course we find out that Bay and Annabelle's perfect marriage was anything but.  Just when I felt sure I knew how the story would turn, it goes in an unforeseen path.  Just when I thought I had pinpointed the murderer, the next chapter would undermine that theory and inspire a new one.


Though the book is mostly tragic, it does end in a happy ending for some. Yet, I couldn't shake a haunted feeling as I read the last chapter - hoping for a sudden twist that sadly did not happen.
Posted by Madame X at 7:00 AM