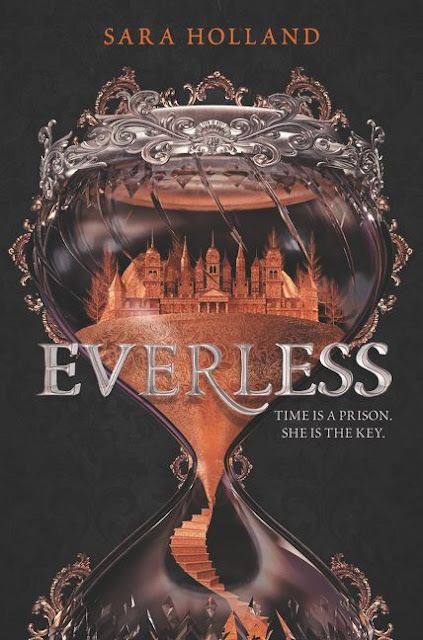 In the kingdom of Sempera, time is currency—extracted from blood, bound to iron, and consumed to add time to one’s own lifespan. The rich aristocracy, like the Gerlings, tax the poor to the hilt, extending their own lives by centuries.

No one resents the Gerlings more than Jules Ember. A decade ago, she and her father were servants at Everless, the Gerlings’ palatial estate, until a fateful accident forced them to flee in the dead of night. When Jules discovers that her father is dying, she knows that she must return to Everless to earn more time for him before she loses him forever.

But going back to Everless brings more danger—and temptation—than Jules could have ever imagined. Soon she’s caught in a tangle of violent secrets and finds her heart torn between two people she thought she’d never see again. Her decisions have the power to change her fate—and the fate of time itself.

If you've ever seen the movie In Time, then you would get a glimmer of this fantasy version of a world where time is money. It all stems from the origin story of the Sorceress and the Alchemist, long, long ago, when the Alchemist somehow converted blood into time and tricked the Sorceress into giving away her heart (literally). I didn't much understand this fable but it is very prettily told.  In Everless, the Gerlings are the rich and Jules is one of the poor.  There is Roan who is the beloved golden son and Liam, the cruel, angry one, and if you don't see a love triangle coming then you have never read a young adult novel.

The premise lured me, but the very impetuous/kinda maddening Jules and the confusing origin myth inspired only lukewarm feelings upon completion.  But complete it I did so I would rate Everless as a mildly pleasant diversion.

Oh, and it is the beginning of series.