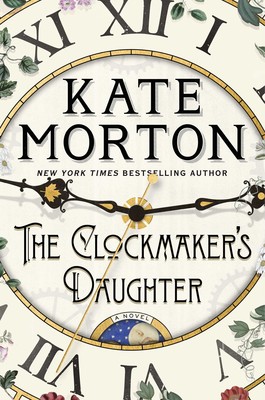 My real name, no one remembers.
The truth about that summer, no one else knows.

In the summer of 1862, a group of young artists led by the passionate and talented Edward Radcliffe descends upon Birchwood Manor on the banks of the Upper Thames. Their plan: to spend a secluded summer month in a haze of inspiration and creativity. But by the time their stay is over, one woman has been shot dead while another has disappeared; a priceless heirloom is missing; and Edward Radcliffe’s life is in ruins.

Over one hundred and fifty years later, Elodie Winslow, a young archivist in London, uncovers a leather satchel containing two seemingly unrelated items: a sepia photograph of an arresting-looking woman in Victorian clothing, and an artist’s sketchbook containing the drawing of a twin-gabled house on the bend of a river.

Why does Birchwood Manor feel so familiar to Elodie? And who is the beautiful woman in the photograph? Will she ever give up her secrets?

Told by multiple voices across time, The Clockmaker’s Daughter is a story of murder, mystery, and thievery, of art, love, and loss. And flowing through its pages like a river, is the voice of a woman who stands outside time, whose name has been forgotten by history, but who has watched it all unfold: Birdie Bell, the clockmaker’s daughter.

This is a difficult review for me to write. Not because I don’t know what to say, but because how I feel about this novel differs from my usual rapturous response – couldn’t-turn-the-pages fast enough reaction - to previous Kate Morton novels.  To be clear, Kate Morton is still one of my top favorite authors of all time. And I will certainly pre-order all her subsequent books. I am willing to own that I may have been in a peculiar funk when I started reading.  Anything is possible.

The Clockmaker’s Daughter has the hallmarks of the Kate Morton style (oft-imitated but still unequalled): The juxtaposition of past and present narratives, a tragic mystery in the past that still affects the present, doomed characters, and vivid writing that simply takes my breath away. Add to that a storyline about the Magenta Brotherhood – which is modeled after the Pre-Raphaelites (one of my loves), and The Clockmaker’s Daughter seems to fire all my reading cannons.  The evocative descriptions of the settings, seedy London and enchanting Birchwood Manor, as well the passages dealing with Edward Radcliffe’s paintings, bewitched me.

Yet, I took an abnormally long time to finish this book. To pinpoint – the multiple storylines and array of characters bogged me down. The cast was simply too vast for me. There were only a few I really cared about and wanted to stay with, primarily Lily and Edward, Pale Joe, Elodie, and Lucy. The others, such as Leonard and Juliet, elicited only frustration on my part, and impatience to get back to the real story. Though they may have felt like digressions, by the end, upon uncovering the truth that “slipped through the cracks of time”, I was again fully invested in the novel and felt haunted by the main characters.


“When he turned the handle of the gate, he stood, transfixed, as it opened like the cover of a book onto a scene that seemed too perfect to be real.  An effusive garden grew between the flagstone path and the house, foxgloves waving brightly in the breeze, daisies and violets chattering over the edges of the paving stones. The jasmine that covered the garden wall continued its spread across the front of the house, surrounding the multipaned windows to tangle with the voracious red flowers of the honeysuckle creeper as it clambered over the roof of the entry alcove.  The garden was alive with insects and birds, which made the house seem still and silent, like a Sleeping Beauty house. Leonard felt, as he took his first step onto the path, as if he were walking back through time; he could almost see Radcliffe and his friends with their paints and easels set up on the lawn beyond the blackberry bramble…”
Posted by Madame X at 8:00 AM