How to Sightsee in Bangkok on the Ferry


One of my surprising discoveries from my recent trip to Thailand was how much I enjoyed riding the ferry boats down the Chao Praya River in Bangkok.  Perhaps it had to do with the fact that it took me TWO HOURS to get from the airport to my hotel via taxi. Maybe the taxi driver was metaphorically taking me for a ride or maybe the traffic really is that bad (or a combination of both) but it just sucked what little energy I had after almost 20 hours of traveling.  I was so disgusted with the whole experience that I would have done anything to avoid sitting in Bangkok traffic ever again.  And in fact for my 3 days there, I never did again - turning to nonvehicular modes of transportation. 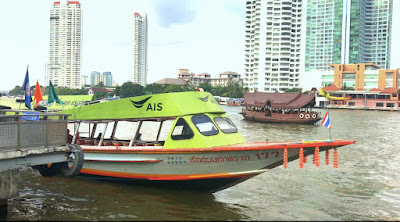 If this is your first time to Bangkok, as it was mine, chances are you’re going to be going to the following sites: Wat Arun, Grand Palace, Wat Pho, and Chinatown.  The good news is, these are all reachable by Bangkok’s public ferry system which traverses the Chao Praya river.  Even better news is that each ride should cost you no more than 20 baht, or less than one US dollar.  Best news of all, it is a lot faster than taking a taxi, about 15 minutes tops from the central pier.  As a bonus, the ferry is a refreshing way to see Bangkok, especially on a really hot day. 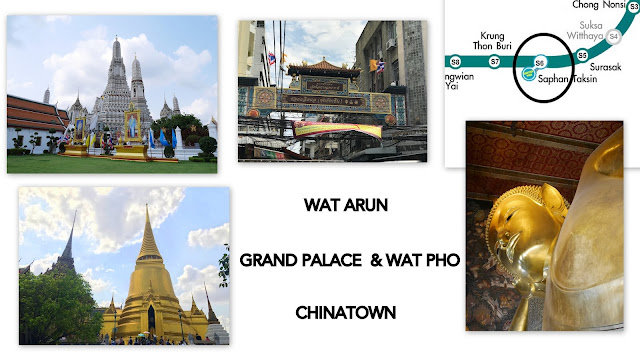 First, take Bangkok’s Skytrain to the Saphan Taksin stop.  For a more detailed video on Bangkok’s metro system, see my blog post on the subject.  Follow the signs to the #1 or # 2 exit which lead towards the dock, which is below the station.  Sathorn Taksin is the central pier for the ferries and boats.  Every other pier has a number.

You may be confused about where to buy your ticket. Follow the sign to the Chao Praya Express Boat.  There will be touts who will lead you to an official looking window.  This is not where you want to go – it is 300 plus baht for a ticket and it is for the hop on, hop off boat.

You want to go to a desk on the side.  Each ticket should be about 20 baht one way.  Confirm that you are on the right boat for your stop. I usually just asked, “Grand Palace?” or “Chinatown?” or on the way back “Sathorn Taksin?” and they should nod or say yes to confirm that you are going the right way.

Numerous boats and ferries stop at Sathorn Taksin. In general, to go to any of the major tourist sites - Wat Arun, Wat Pho, Grand Palace and Chinatown – you want to take boats with orange, green or gold flags or no flags at all.  Because I was unused to where I was going, I always confirmed with ferry personnel that I could reach my particular destination by standing in the right line.

In addition to knowing the number pier you for your destination, the personnel on the ferry also yell out the landmarks that are coming up to alert you in case you want to disembark.

The ferry boats going to tourist spots can fill up and you might have to stand.

In general, however, I would take cruising down the Chao Praya river anytime over having to sit in Bangkok traffic. 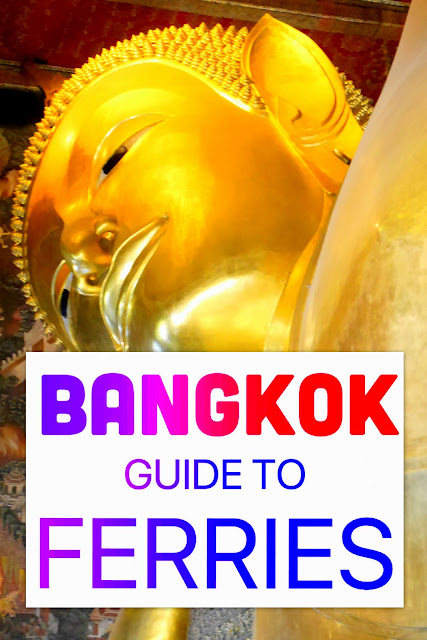 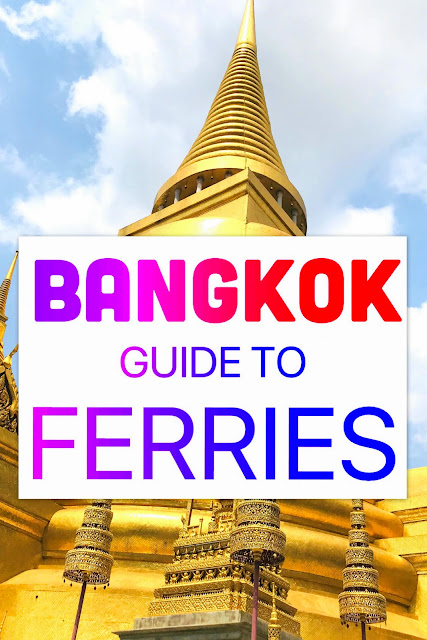