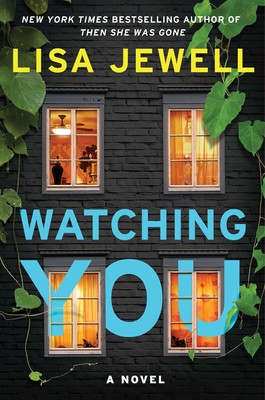 As the headmaster credited with turning around the local school, Tom Fitzwilliam is beloved by one and all—including Joey Mullen, his new neighbor, who quickly develops an intense infatuation with this thoroughly charming yet unavailable man. Joey thinks her crush is a secret, but Tom’s teenaged son Freddie—a prodigy with aspirations of becoming a spy for MI5—excels in observing people and has witnessed Joey behaving strangely around his father.

One of Tom’s students, Jenna Tripp, also lives on the same street, and she’s not convinced her teacher is as squeaky clean as he seems. For one thing, he has taken a particular liking to her best friend and fellow classmate, and Jenna’s mother—whose mental health has admittedly been deteriorating in recent years—is convinced that Mr. Fitzwilliam is stalking her.

From the pre-prologue diary entry, the scene is set. You’re absolutely sure you know what is going to happen and what happened in the past. You’re pretty sure you know what the dark secret of one of the characters is.  What you won’t know is who is the victim and who the murderer. Chapters are divided from different points of view, so well into the novel, you will have several different theories as to who, what, and why. Is the handsome Mr. Fitzwilliam really as perfect as he seems?  What is he hiding?  Is Jenna’s mom going crazy or does she know something about what happened years ago? By novel’s end, the whole tragic story emerges.  There are some hints as the novel develops but I won’t lie – I was shocked and saddened by the denouement.
Posted by Madame X at 7:30 AM