Book Review: The Lost History of Dreams by Kris Waldherr 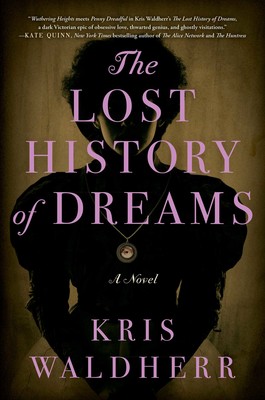 When famed Byronesque poet Hugh de Bonne is discovered dead in his bath one morning, his cousin Robert Highstead, a post-mortem photographer, is charged with a simple task: transport Hugh’s remains for burial in a chapel. This chapel, a stained-glass folly set on the moors, was built by de Bonne sixteen years earlier to house the remains of his beloved wife and muse, Ada. Since then, the chapel has been locked and abandoned, a pilgrimage site for the rabid fans of de Bonne’s last book, The Lost History of Dreams.

However, Ada’s grief-stricken niece refuses to open the glass chapel for Robert unless he agrees to her bargain: before he can lay Hugh to rest, Robert must record Isabelle’s story of Ada and Hugh’s ill-fated marriage over the course of five nights.

As the mystery of Ada and Hugh’s relationship unfolds, so too does the secret behind Robert’s own marriage—including that of his fragile wife, Sida, who has not been the same since a tragic accident three years earlier and the origins of his morbid profession that has him seeing things he shouldn’t...things from beyond the grave.

“All ghost stories are love stories in disguise.”

Soon after the start of this novel is a scene that made me do a double take in shock.  I had to read it again to confirm – oh, yes, that is indeed what I had just read, which colored everything that came before and colors everything that comes after.

Death is all over this book.  Robert photographs dead bodies for remembrances by their loved ones.  And he is commissioned by his brother to transport his cousin’s corpse to his resting place.  Love and death seem inextricable here, as though mourning is the fullest expression of love – not what we do in life.  There are haunting expressions of grief – such as the glass cathedral-like crypt in the middle of the woods – beautiful, untouched and, as it turns out, hiding a tale of thwarted love.

The Lost History of Dreams mostly follows the gothic tradition faithfully with some modern touches here and there.  The prolonged tale telling over five nights is a familiar framework that had me wondering about the the detailed backstory, especially with a corpse decomposing in the stables.
Posted by Madame X at 7:00 AM No comments: 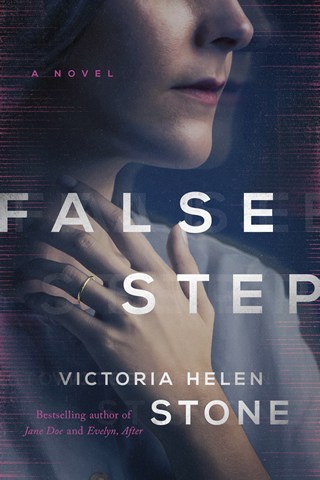 For days, all of Denver, Colorado, has worried over the fate of a missing child, little Tanner Holcomb. Then, a miracle: handsome, athletic Johnny Bradley finds him, frightened but unharmed, on a hiking trail miles from his wealthy family’s mountain home.

In a heartbeat, his rescuer goes from financially strapped fitness trainer to celebrated hero. The heat of the spotlight may prove too much for Johnny’s picture-perfect family, however. His wife, Veronica, despises the pressure of the sudden fame, afraid that secrets and bitter resentments of her marriage may come to light. And she’s willing to do anything to keep them hidden.

But when a shocking revelation exposes an even darker side to Tanner’s disappearance, Veronica realizes that nothing in her life can be trusted. And everything should be feared.

So I did not like Veronica much.  If a book is well-written enough, I can overlook a character's unlikeability. What False Step had going for are a strong, immediately gripping start and a compelling enough plot that propelled me to the finish. Not to say that I couldn't guess the big twists - I did and yet I had to keep going, mostly because I just was hoping that Veronica would smarten up.  She is a bit on the TSTL spectrum for much of the book - I dearly wanted to shake her.  She should have been someone I would have aligned myself with immediately - a very maternal book nerd.  But her terrible choices and whiny personality turned me off.  However, I want to state that she does redeem herself in the end.  The last 3 chapters turned everything around for this reader with a satisfying denouement.
Posted by Madame X at 7:00 AM No comments: 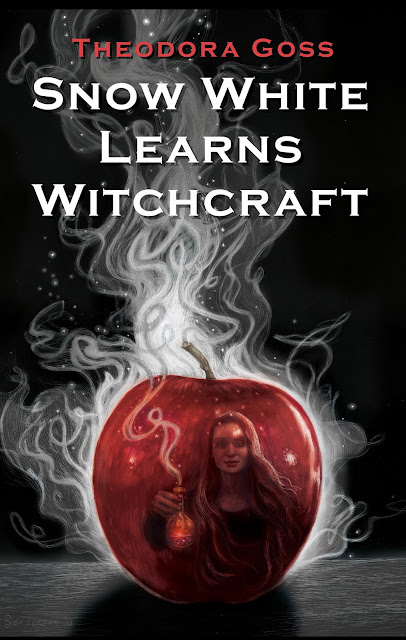 A young woman hunts for her wayward shadow at the school where she  first learned magic—while another faces a test she never studied for as ice envelopes the world. The tasks assigned a bookish boy lead him to  fateful encounters with lizards, owls, trolls and a feisty, sarcastic cat. A bear wedding is cause for celebration, the spinning wheel and the tower in the briar hedge get to tell their own stories, and a kitchenmaid finds out that a lost princess is more than she seems. The sea witch reveals what she hoped to gain when  she took the mermaid’s voice. A wiser Snow White sets out to craft  herself a new tale.

In these eight stories and twenty-three poems, World Fantasy Award  winner Theodora Goss retells and recasts fairy tales by Charles Perrault, the Brothers Grimm, Hans Christian Andersen, and Oscar Wilde.  Sometimes harrowing, sometimes hilarious, always lyrical, the works  gathered in Snow White Learns Witchcraft re-center and empower  the women at the heart of these timeless narratives. Science Fiction  and Fantasy Writers of America Grand Master Jane Yolen, in her  introduction, proclaims that Goss “transposes, transforms, and  transcends times, eras, and old tales with ease. But also there is a  core of tough magic that runs through all her pieces like a river  through Faerie . . . I am ready to reread some of my new favorites.”

1. Prepare to read a lot about bears.

2. Don't buy "Red as Blood and White as Bone" separately as it is included in this collection.

3. Theodora Goss's fairy tales are dark and precious and no one else writes like her.

"I'll learn the words to spells out of old books, grow poisonous herbs and practice curdling milk, cast evil eyes.  I'll summon a familiar: black cat or toad.  I'll tell my grandchildren fairy tales in which princesses slay dragons or wicked fairies live happily ever after. I'll talk to birds, and they'll talk back to me."

"What else should women do when they grow old and useless?  Become witches. It's the only role you get to write yourself."
Posted by Madame X at 7:00 AM No comments: 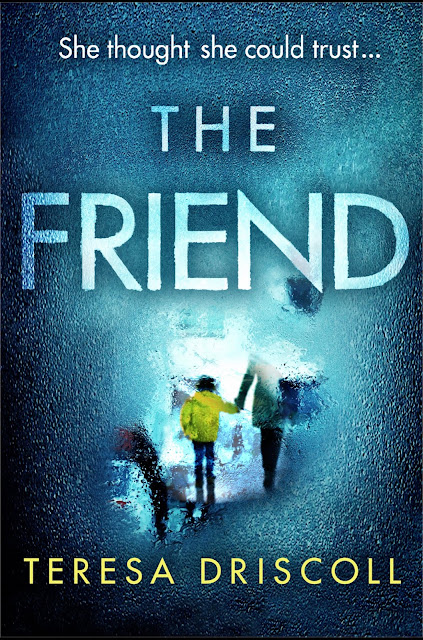 On a train with her husband, miles from home and their four-year-old son, Ben, Sophie receives a chilling phone call. Two boys are in hospital after a tragic accident. One of them is Ben.

She thought she could trust Emma, her new friend, to look after her little boy. After all, Emma’s a kindred spirit—someone Sophie was sure she could bare her soul to, despite the village rumours. But Sophie can’t shake the feeling that she’s made an unforgivable mistake and now her whole family is in danger.

Because how well does she know Emma, really? Should she have trusted her at all?

Time is running out. Powerless to help her child, still hours from home, Sophie is about to discover the truth. And her life will never be the same.

I will admit that my biggest issue with this book are the time jumps.  It goes from past to present.  Past as in a few months before or weeks before. Present as in right now or earlier in the day.  But even then they are not arranged chronologically.  To further complicate matters, the POV alternates between a handful of characters. Most of the chapters are from Sophie's POV, but the rest are split among her husband, a private investigator, one of her friends, and a detective.  The chapters are helpfully marked with "BEFORE" and "TODAY" (with time stamps).  I understand what the author was trying to do - heightening the suspense by contrasting the chaos of the present with the incremental revelations of the past. However, my overall experience was one of disorientation.

My second biggest issue was with Sophie herself.  For most of the chapters, I found her to be a bit obtuse and annoying.  But that did change by the end and I was very much rooting for her.

All my issues went by the wayside by the time I got to the last third of the book.  The author's assured writing style promised that I would be rewarded and I certainly was by the last chapters.  Twist after twist took me by surprise and I could not turn the pages faster. Ultimately, a satisfying read.
Posted by Madame X at 7:00 AM No comments: